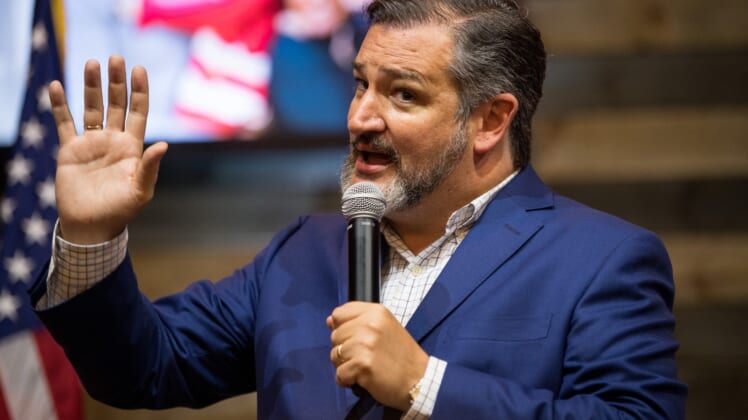 As we reported earlier on Tuesday, Game 3 of the 2020 NBA Finals between the Los Angeles Lakers and Miami Heat drew the lowest television ratings for a Finals game in recorded history. That came after Game 1 of the same series drew the lowest ratings ever.

There’s a common theme here. Since the NBA resumed its season at Walt Disney World in Orlando, the league has taken part in national anthem protests. It has also seen a major downtick in ratings from previous season.

Senator Ted Cruz (R-Texas) opted to point that out on social media on Tuesday in responding to a column on conservative analyst Sean Hannity’s website.

This led to an interesting interaction between Cruz and a prominent Texas-based NBA owner.

Darn, that’s a pretty big personal jab at the former Republican Presidential candidate. The response also falls in line with other prominent members of Cruz’s party to call on boycotts of professional sports due to national anthem protests. Someone who considered running for president against incumbent Donald Trump (R) and challenger Joe Biden (D), Cuban has always been outspoken on the political matters of the day.

As we have learned, Cruz was not about to let that jab go through without responding in kind. Boisterous in his own right, Cuban also responded. Back and forth the two went.

Can you tell we’re in the midst of an election cycle with less than a month to go before the United States decides who its president will be for the next four years? It really is exhausting at this point. Both sides.

Hopefully, things will return to some sense of normalcy after the Nov. 3 election day. However, as 2020 has taught us, that’s more than likely false hope.