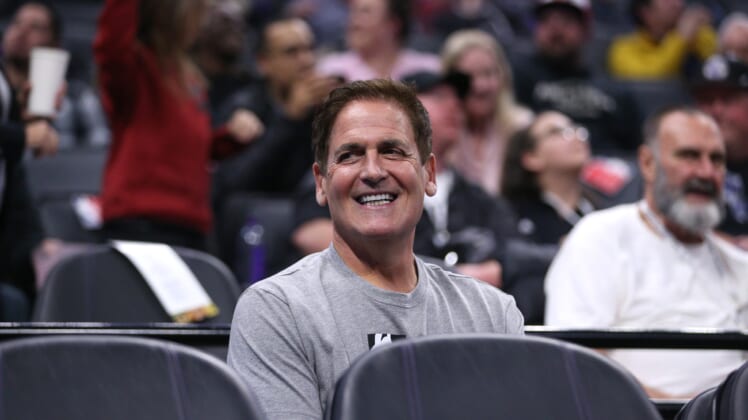 It’s not a secret that Dallas Mavericks owner Mark Cuban is highly involved in the political world. He’s taken on leaders on both sides of the aisle, most recently going up against embattled President Donald Trump.

Cuban’s outspoken ways have led to rumors that he could make a bid for presidency in 2020, most likely as an independent. It’s something he has refused to shoot down in recent months after flirting with the same possibility back in 2016.

Until now. Cuban notes that his family has shot down this possibility. The billionaire owner specifically talks about how hard a campaign would be on his wife, Tiffany Stewart, and his children.

“I get a lot a requests all the time but my family shut it down. The unfortunate reality of politics these days is that it’s brutal,” Cuban said in a chat with America’s Black Press. “It’s not something that you want your young kids to go through and have to experience.”

As noted above, Cuban has gone after both those on the right side of the aisle and those left of center. Heading into the 2016 Presidential Election, Cuban noted that he’d rather lose his vast fortune than see President Trump elected. He ultimately endorsed Democratic nominee Hillary Clinton.

Back in Sept. 2019, Cuban told Fox Business that political parties themselves should no longer exist.

“If it were up to me, I’d get rid of all political parties,” Cuban told host Neil Cavuto. “You know, I think that’s a big source of the agita because everybody plays for their team. Everyone’s a bandwagon fan, and we don’t really get to talk about the issues.”

Cuban has donated to those of both political parties. But most recently, he has tended to support democrats.

In terms of independently financing a campaign to avoid the special interests, Cuban is said to be worth $4.3 billion. In and of itself, this led to previous speculation that he might very well give it a shot.

Back in Jan. 2000, Cuban purchased a majority stake in the Mavericks for a cool $285 million from Ross Perot Jr. The franchise is now said to be worth $2.4 billion. As a savvy investor and popular owner, it makes sense that Cuban wouldn’t want the drama that goes with a presidential campaign.

For now, we can expect him to be a boisterous figure around the NBA surrounding the events of the day.