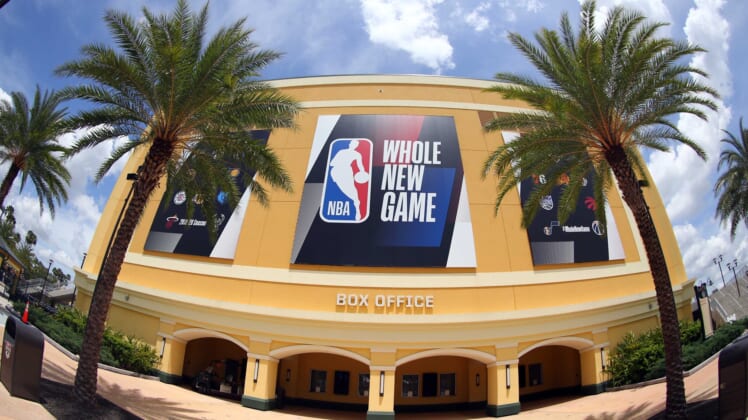 The 2019-20 NBA season resumed Thursday at Walt Disney World in Orlando after a four-plus month hiatus due to the COVID-19 pandemic still plaguing the United States.

There’s also another backdrop as the Utah Jazz and New Orleans Pelicans opened up the restarted season. That includes the Black Lives Matter protests and those fighting against police brutality and fighting for racial equality in the United States.

It should not be a surprise that players on the Jazz and Pelicans made a statement ahead of their game Thursday evening. The two teams took a knee in protest during the national anthem. It was a sight to behold.

It had been noted that both teams would take part in a protest. But it’s something else to see it.

More than any other professional sports league, star NBA players have been at the forefront of the fight for equality throughout the United States. That’s now magnified following the murder of George Floyd at the hands of a then-Minneapolis police officer back on May 25.

This show of unity and protest comes one week after the 2020 Major League Baseball season opened with nearly the same backdrop.