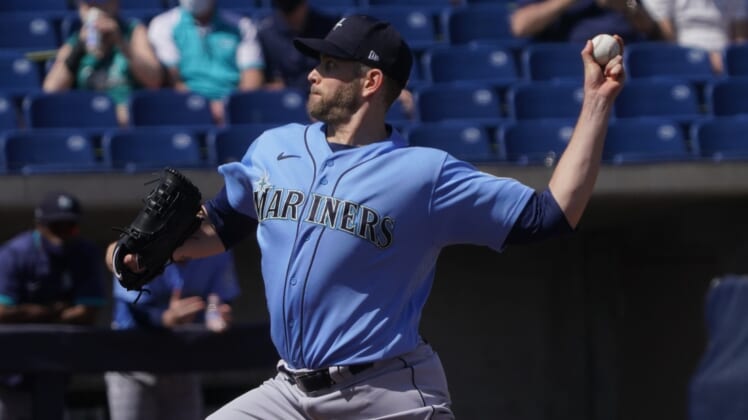 Seattle left-hander James Paxton will make his season debut Tuesday night when the Mariners host the Chicago White Sox in the second installment of a three-game series.

The 32-year-old Paxton returned to the Mariners as a free agent this February after spending the past two seasons with the New York Yankees. He began his career with Seattle, where he notched 41 victories across his first six seasons from 2013-18.

“It’s great to have him back,” Mariners manager Scott Servais said. “I know what he’s going to mean to our ballclub this year. We’ve got to keep him healthy, keep him going, making every turn. You’re going to look up at the end of the year and he’s going to have a big season. There’s no question in my mind.”

The White Sox are coming off a 6-0 win in Monday’s series opener. Yasmani Grandal homered and drove in three runs, and Billy Hamilton and Andrew Vaughn notched one RBI apiece.

However, the top story in Chicago’s lineup has been to Yermin Mercedes. The rookie went 3-for-4 with a double on Monday, boosting his batting average to .667 (12-for-18) in his first four starts.

“We need the lift, and he’s given it to us,” White Sox manager Tony La Russa said. “He’s such a fun-loving kind of person. His story, having to play in the minor leagues and different leagues, to finally get here and have success, I mean everybody is enjoying it.

“I’m not sure the camera catches all of it, but when he’s had that string of hits, the guys go nuts. It’s partly because it helps us, but it’s fun to see a guy like him enjoy the success that he’s worked hard to get.”

White Sox right-hander Lucas Giolito (0-0, 3.38 ERA) will make his second start of the season. He was sharp in his first outing, limiting the Los Angeles Angels to two runs on two hits in 5 1/3 innings on Thursday. He walked two and struck out eight.

The key to Giolito’s success in the opener was his changeup, which kept Angels hitters off balance.

“It plays off my fastball,” Giolito said. “I try to live top of the strike zone with the fastball. So the changeup, generally, I’m trying to throw it down in the zone.”

In one career start against Seattle, Giolito took the loss while giving up five runs on six hits in 4 1/3 innings. The outing marked a rare blemish during his 2019 season, during which he went 14-9 with a 3.41 ERA and earned a selection to the All-Star Game.

The Mariners will look to jump-start their offense against Giolito after managing only three hits in the series opener.

Paxton is eager to get started in his second go-round with Seattle.

“It’s a really young team, but a very talented team,” he said. “Obviously, there’s tons of talent around here (with) pitching, defense and hitting. I think it’s going to be a really good team. We’ve got a chance to surprise some people this year.”