Mariners OF Keon Broxton suspended after incident with umpire 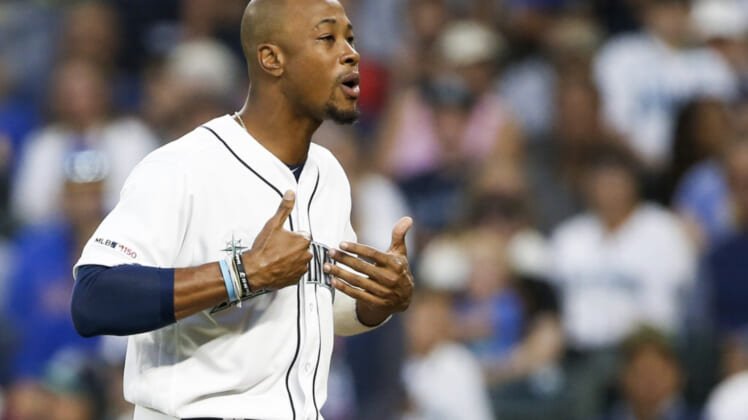 Seattle Mariners outfielder Keon Broxton has been suspended for two games after an incident with umpire Manny Gonzalez Monday night against the New York Yankees.

Broxton was upset after being called out on strikes. He turned away from the home plate umpire and headed to the dug out before tossing his batting gloves in Gonzalez‘s direction. It led to an immediate ejection.

Whether it was inadvertent or not, Broxton received a two-game suspension for his actions.

The moral of the story? Don’t throw stuff at umpires during baseball games. It’s a good life lesson.