One of the best safeties on the NFL free-agent market, Marcus Williams, is taking his talents to the Baltimore Ravens.

On Tuesday, ESPN Senior NFL reporter Jeremy Fowler broke the news that the New Orleans Saints veteran had come to terms on a multi-year deal with the Ravens that will pay him upwards of $70 million.

“Safety Marcus Williams is agreeing to terms with the Baltimore Ravens on a five-year deal worth $70 million, per source. Big market-shifting deal in AFC North,” Fowler tweeted.

Tom Pelissero of NFL Network also reported on Tuesday that $37 million of Williams’ new pact with the Ravens is guaranteed. 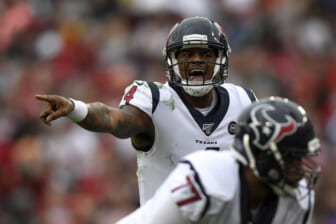 Williams, who is 18 on the Sportnaut list of Top NFL free agents available, was drafted by the Saints with 42nd pick in the 2017 draft. He has been a starter in the secondary since his rookie season, and never started less than 14 games during his five-year stint with the team.

Over his 76 games played Williams has logged 320 tackles, 15 interceptions, three forced fumbles, two fumble recoveries, and a sack. In 2021 he set a career-high in total tackles with 74.

The addition of Williams is a worthwhile attempt to improve a pass defense that was one of the worst in the league last season. The Ravens were in the bottom 10 in touchdowns given up and opposing quarterback rating. However, they were dead last in passing yards given up, and falling victim to the most plays of 20 and 40 yards or more in 2021.