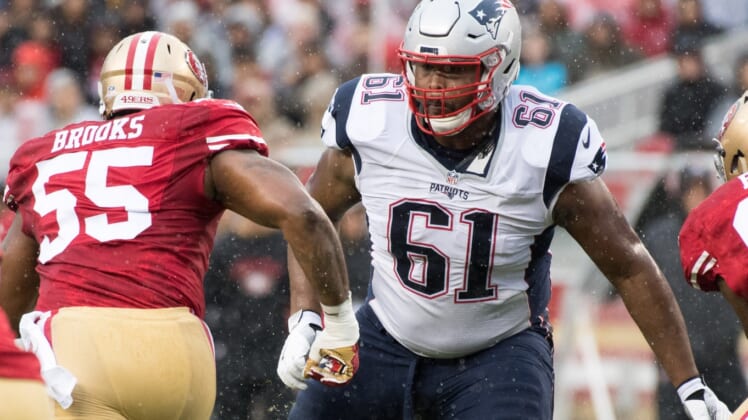 The Houston Texans are taking care of some business with NFL free agency set to open here soon. That now includes trading for Marcus Cannon of the New England Patriots.

According to NFL Media’s Ian Rapoport, Houston has picked up the right tackle from New England in a swap between two organizations who know one another pretty well.

Details of the trade include the two teams swapping picks in the fourth, fifth and sixth rounds of the upcoming 2021 NFL Draft. Houston will move down 11 spots in Round 4, 12 spots in the fifth round and eight spots in Round 6. That’s not a lot to give up for a proven right tackle in Marcus Cannon.

Impact of the Marcus Cannon trade to the Houston Texans

Prior to opting out of the 2020 NFL season due to the COVID-19 pandemic, Cannon was a fixture in the Patriots’ offensive line. He started all 28 games in which he appeared the previous two seasons and pretty much became a full-time starter for the Pats back in 2015.

New Texans general manager Nick Caserio, formerly of the Patriots, is obviously attempting to do everything possible to right the ship when it comes to franchise quarterback Deshaun Watson. He requested a trade earlier in the offseason and remains frustrated that Houston is unwilling to talk to other teams.

The reigning NFL passing champion has been sacked a whopping 155 times over the past three seasons. That’s one of the primary reasons he wants to be moved from Houston. However, it wouldn’t seem that this Marcus Cannon trade moves the needle too much. He’ll slot in as the Texans’ starting right tackle opposite franchise left tackle Laremy Tunsil.

For the Texans, this comes mere hours after they dealt linebacker Benardrick McKinney to the Miami Dolphins for edge rusher Shaq Lawson. That move was done under the guise of “replacing” longtime Texans star J.J. Watt, who was granted his release earlier in the offseason and signed with the Arizona Cardinals.

At the very least, it seems like Caserio is doing everything he can to put his imprint on the Texans’ gutted roster. This Marcus Cannon trade is just another example.