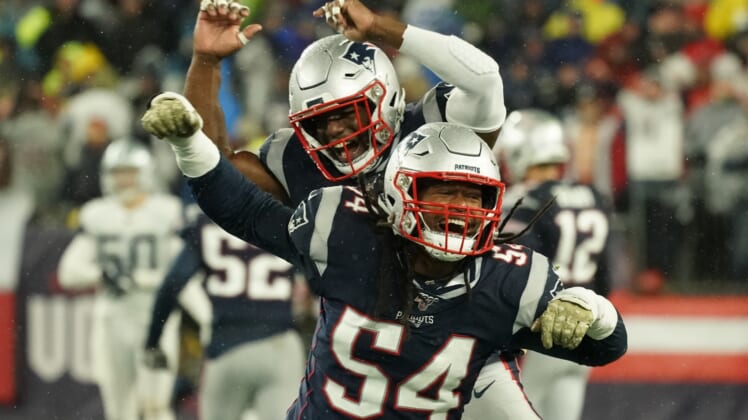 New England Patriots linebacker Dont’a Hightower and offensive tackle Marcus Cannon are opting out of the upcoming 2020 NFL season due to the COVID-19 pandemic, per ESPN’s Adam Schefter.

With training camp set to begin this week and preparation for the 2020 season underway, Cannon and Hightower became the latest in a wave of players who plan to sit out this fall.

Hours after the Patriots learned fullback Danny Vitale and offensive lineman Najee Toran would not take part in the upcoming season due to the COVID-19 pandemic, the team suffered two massive losses on Tuesday.

Hightower, a three-time Super Bowl champion and two-time Pro Bowl selection, has played a crucial role in New England’s defense. The 30-year-old linebacker started 15 games this past season, racking up 5.5 sacks, four pass deflections and is one of the best run-stopping linebackers in the NFL.

A first-round pick in 2012, Hightower came into the year in better shape and hoping to stay healthy. While he’s in the best shape of his life, though, he just welcomed his first child this month and will voluntarily sit out this year to ensure his family’s safety.

Not only is New England losing an anchor on its defense, but Cannon’s decision to sit out is a major blow for the offensive line. He locked down the right side of the offensive line, proving to be one of the AFC’s best right tackles.

However, the 32-year-old is also a survivor of non–Hodgkin’s lymphoma. Because of his medical history, Cannon is deemed a high-risk player and can sit out the 2020 season with greater financial security.

Because Hightower is sitting out voluntarily and isn’t an at-risk player, he will only receive a $150,000 stipend this year and will not get an accrued season. For Cannon, who is deemed to be a high-risk individual, he will get a $350,000 stipend and receive a year of service.

The losses keep piling up for the Patriots, according to ESPN’s Adam Schefter. The team will now also be without running back Brandon Bolden, who also intends to skip the 2020 NFL season.