You remember the “Te’oing.” When someone would pretend to have a girl on his arm, but there would be nobody there. Hilarious right? 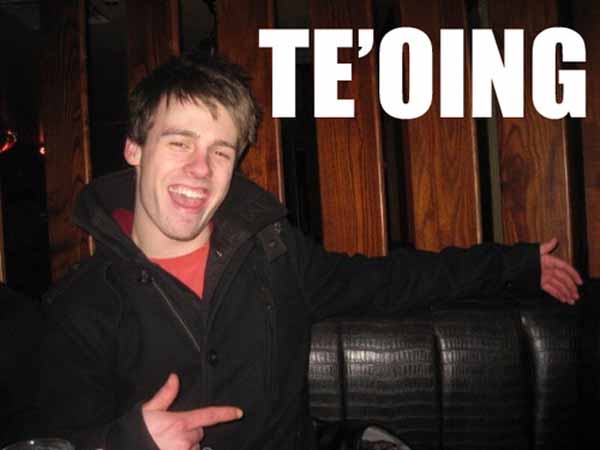 Well, apparently not according to Anthony Davis of the San Francisco 49ers. The 25 year-old offensive tackle took to Twitter and said he made a joke about the Chargers’ Linebacker and his infamous imaginary girlfriend: 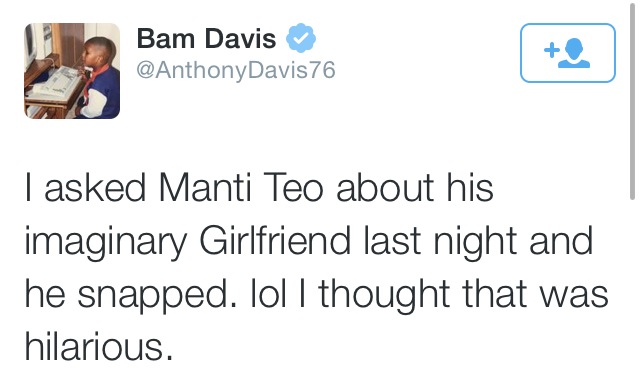 Te’o had a “girlfriend” named Lennay Kekua who became famous in an instant when it turned out she was not even real. A “Catfish” for those of you who are into that term.

It didn’t exactly matte that Davis made fun of Te’o. The 49ers are not only ending the season terribly, but San Diego went on to win this game after San Francisco blew a 21-point lead in the second-half. Davis had quite a bit of retweets, but retweets don’t win games.