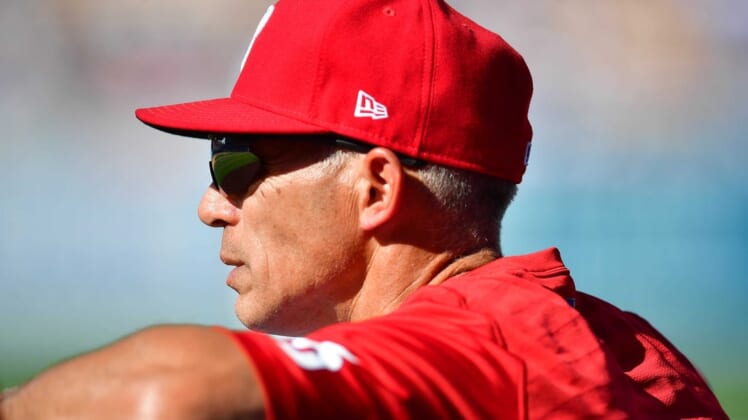 Philadelphia Phillies manager Joe Girardi knows the conversation invariably lands on his job status when a team loses 10 of 14 games.

But even at 10.5 games out of the National League East lead before play began on Memorial Day, the former catcher and Yankees’ manager also knows there’s plenty of season remaining.

Girardi’s job could be in peril if Philadelphia’s superstars, who help comprise the fourth-highest payroll in baseball, continue sharing public frustration with painful losses.

“Good teams don’t do that,” designated hitter Bryce Harper said. “Getting walked off twice in games we should have won. It’s tough — big homer, big homer and lose. It’s crushing.”

The Philadelphia Inquirer reported players are concerned with a lack of energy in the clubhouse, citing “pressure” and “expectations.”

“I think it looks like we are not having fun because the expectations are really high,” starting pitcher Kyle Gibson told the paper. “Even when you win a game, it’s easy to say, ‘Great, we won today, but we’re still 10 games off from where we want to be.’ I think that’s an attitude that has to be flipped.”

Harper said he would remind the clubhouse there is a lot of race left.

“We just have to show up every day ready to play. The season is not over until we play 162,” he said.