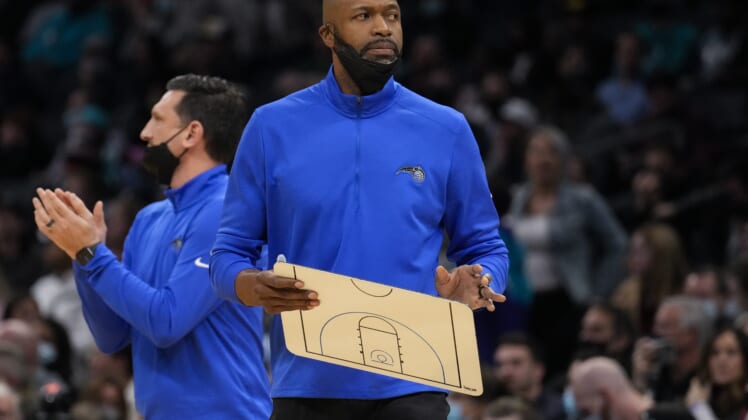 The Dallas Mavericks will look to continue their winning ways when they tip off a five-game homestand on Saturday night against the Orlando Magic.

Dallas put together an impressive six-game winning streak — beginning on New Year’s Eve in Sacramento, Calif., against the Kings and ending with a 14-point home win over Chicago on Jan. 9 — which was interrupted by a 23-point road loss to the New York Knicks on Wednesday.

But the Mavericks rebounded in the first game of a back-to-back on Friday, busting the Memphis Grizzlies’ 11-game winning streak with a 112-85 victory. Luka Doncic overpowered Memphis with 27 points, 12 rebounds and 10 assists for his 40th career triple-double and fourth of the season.

“I keep talking about our defense and that’s the key to us,” Doncic said after the Memphis win. “I think we held (the Grizzlies) to 30 points in the second half. I mean, that’s amazing, with players like Ja (Morant) and Jaren Jackson. They’re amazing talents and it was really hard, but we did it.”

Dallas remained without head coach Jason Kidd and center Kristaps Porzingis on Friday due to the league’s health and safety protocol. The Mavericks are 3-1 under acting coach Sean Sweeney.

Orlando comes off a win that could not have come at a better time. The Magic outscored the host Charlotte Hornets 28-18 in the fourth quarter on Friday en route to a 116-109 victory, snapping Orlando’s 10-game losing streak.

Moe Wagner scored a season-high 26 points — four off his career-high while playing in 2019 for the Washington Wizards — and younger brother Franz Wagner (the Eastern Conference Rookie of the Month for December) had 19 points, seven assists and six rebounds.

Gary Harris (18 points) scored in double figures for the 14th straight game as Orlando picked up its first victory since Dec. 22 against Atlanta. The Magic also won for the fifth time this season when trailing after three quarters.

Rookie guard Jalen Suggs, the fifth overall selection in the 2021 NBA Draft, returned to the Magic lineup on Friday after missing 20 games while recovering from a fractured right thumb. He totaled 12 points, seven assists and six rebounds in 22 minutes off the bench.

With centers Wendell Carter Jr. (hamstring) and former Texas Longhorn Mo Bamba (toe) still sidelined by injury, Moe Wagner came off the bench to make 11 of 17 shots including four 3-pointers. The Magic took control in the fourth quarter with a 13-0 run, capped by R.J. Hampton’s layup with 6:57 left for a 103-93 lead over the Hornets.

“We’ve kept improving and we give ourselves a chance to be in games that we weren’t in at the beginning of the season,” Moe Wagner said postgame Friday. “And I think that’s very important of a young team that wants to grow and tries to grow every day. You just can’t narrow it down to wins and losses. You gotta take the small wins and keep improving every day.”

The Magic, who were 11-point underdogs against Charlotte, have a 4-15 record in games that are part of back-to-backs. That includes a 1-8 mark in the second game of a back-to-back.

Orlando head coach Jamahl Mosley spent seven seasons (2014-21) as an assistant coach with the Mavericks. Meanwhile, the Magic have lost nine straight games in Dallas with their last road win over the Mavericks coming in 2011.