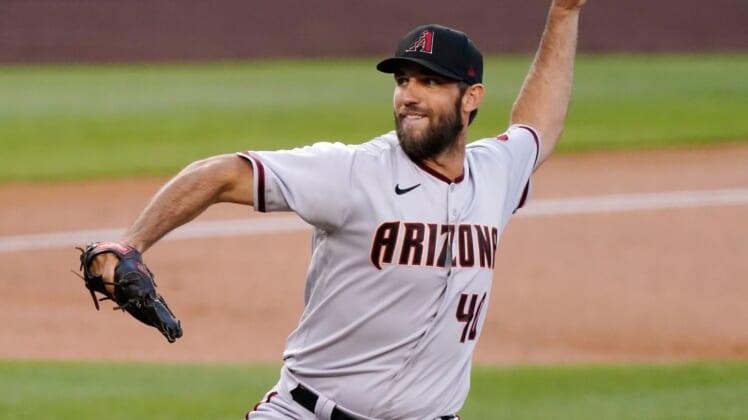 There was no update on Bumgarner’s status during the game, but manager Torey Lovullo confirmed the pitcher’s injury afterward. Bumgarner threw 80 pitches and was not particularly sharp, giving up two runs on two hits with four walks and five strikeouts.

After facing four batters in the fourth inning, Bumgarner could be seen talking to members of the coaching staff in the dugout. Left-hander Caleb Smith replaced him in the fifth inning and was given as many pitches as he needed to warm up.

The Dodgers got a run off Bumgarner in the second inning on a home run from Will Smith and one in the third inning on an RBI single from Albert Pujols. The Dodgers officially signed Pujols on Monday after he was released by the Los Angeles Angels earlier this month.

The Dodgers held on for a 3-1 victory, with Bumgarner taking the loss.