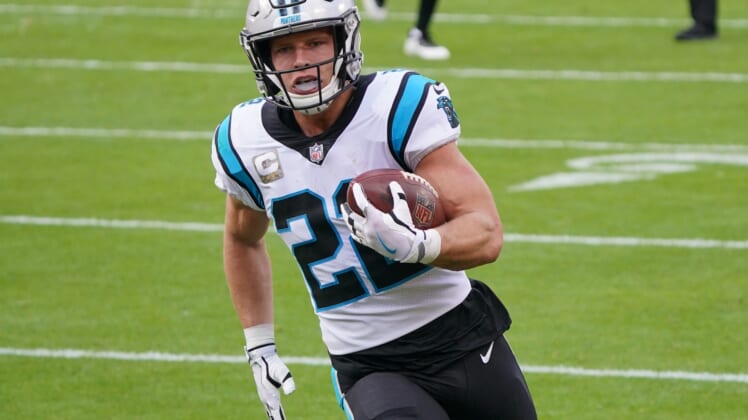 As the 2020 NFL season comes to a close, it seems appropriate to look back at this year’s Madden 21 ratings, and see where EA sports went right and where they went wrong.

Every year, a new Madden comes out, and with it, comes new ratings. It is always interesting to see how many players EA Sports miss on, and where they undervalue certain players.

Here are the most overrated and underrated players in Madden 21.

Madden 21 is a digital video game available on Xbox and Playstation. Madden has become extremely popular among avid football fans and gamers alike.

EA Sports, which stands for “Electronic Arts,” is the publisher of Madden. As of recently, it has garnered a lot of spotlight due to its rating system.

What are Madden 21 player ratings?

Madden 21 player ratings are conducted on a scale of 1-99. The higher the overall rating is the better the player is supposed to be.

The most confident rating is joining the 99 overall club. This prestigious club is occupied by the best of the best the NFL has to offer.

Most underrated players in Madden 21

It seems ridiculous that the sure-fire NFL MVP is not a part of the 99 club. Rodgers had a statistical phenom of a season leading the Green Bay Packers to the NFC Championship.

The 37-year-old quarterback threw for over 4,200 yards with 48 touchdowns and only five interceptions. He was simply unstoppable at times. Yet, EA Sports did not induct him into the 99 club.

This rating is an utter shame. Watson put up some of the best numbers in the NFL with a coaching carousel throughout the season and one of the worst supporting casts in the NFL.

Despite a poor offensive line and inconsistent receiving group , he threw for over 4,800 yards along with 33 touchdowns. He did all of this at the age of 25.

Watson should at least be a 96 if not close to being a part of the 99 club.

He caught 72 passes for 670 yards. Yet, he had only a 77 overall rating. To put it into perspective, Mike Gesicki only had 53 receptions, and he was at 85 overall.

Gesicki has been a big name in fantasy football, and he is four years younger than Thomas. However, it is still inaccurate that Thomas is below his counterpart with the Miami Dolphins.

Most overrated players in Madden 21

J.J. Watt is a class act on and off the field, and he has become one of the most recognizable figures in football.

However, he simply is out of his prime and has not put up good numbers in 2020. He finished the season No. 56 in the NFL in total sacks with five. While a plethora of players who have better sack numbers than him are nearly not on his overall level.

J.J. Watt is one of the best defensive players in recent memory, but EA has to stop being nostalgic and give Watt the lower rating he deserves.

Thomas has been in the conversation for being the league-best receiver over the last couple of years. However, the 2020-21 season was not kind to the former Buckeye.

He played in only seven games this past season, and his stats were still lackluster. Even though he was reportedly dealing with injuries, when he did play, he simply did not play to his usual standards.

Wide receivers like Terry McLaurin, Calvin Ridley and D.K. Metcalf are all ranked lower than him, but all three of these receivers had fantastic numbers this past season.

McCaffery battled the injury bug all year. But when he did play, he performed like his old self. When he is healthy, 98 is a warranted rating for the Panthers’ running back. However, he did not play a lot this season, so he shouldn’t be the highest-ranked running back in the game.

Chubb came into the 2020-21 season as the second-leading rusher in the NFL the year before. However, after the conclusion of this past season, he finished as the seventh leading rusher. in the league.

Derrick Henry had an extraordinary season rushing for over 2,000 yards and Dalvin Cook finished as the second leading rusher, yet, both of them are ranked lower in Madden than Chubb.