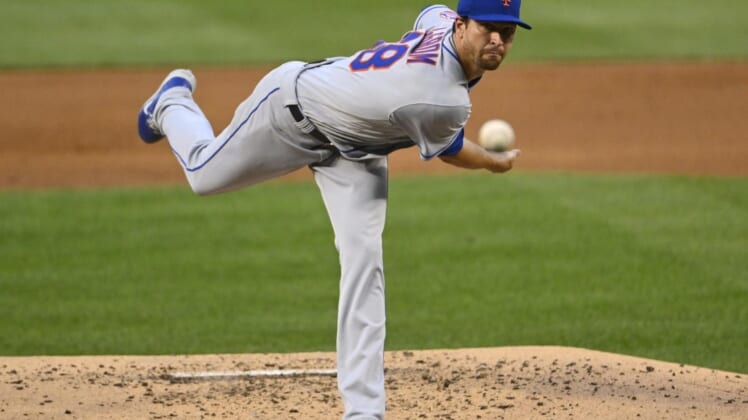 Luis Garcia homered, double and drove in three runs to help the Washington Nationals end a tumultuous day for the franchise on a positive note with a 5-1 win against the New York Mets.

Earlier in the day, Washington sent All-Star outfielder Juan Soto and first baseman Josh Bell to the San Diego Padres for six players — both major and minor leaguers — including the Padres first and third-ranked prospects.

Despite the diminished lineup, the Nationals were able to outlast Jacob deGrom in his season debut and beat the Mets bullpen.

Making his first start in over a year, the Mets star allowed a run on three hits over five innings. After missing the second half of the 2021 season with right forearm tightness and all of 2022 to this point with a stress reaction in his right scapula, deGrom struck out six batters without a walk in his return.

Francisco Lindor homered for the second straight night for New York, which had won seven straight.

The Nationals got to deGrom in the fourth. Victor Robles singled, stole second and scored on a double by Garcia.

Lindor tied it in the sixth with his third homer in four days and 19th of the season.

With deGrom gone, the Nationals took advantage of losing pitcher Stephen Nogosek (0-1). Robles was hit by a pitch with one out and Garcia hit a 2-2 pitch to right center for his fourth home run. Hernandez hit Nogosek’s pitch out to right and the Washington lead was 4-1.