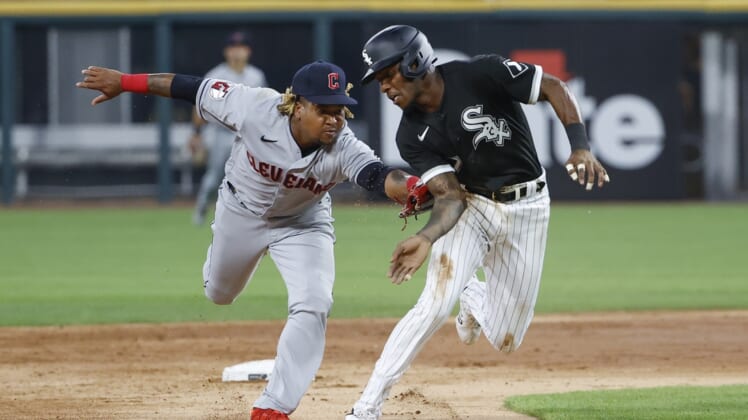 Lucas Giolito pitched seven strong innings and Gavin Sheets homered for the second straight game to boost the host Chicago White Sox to a 4-1 victory against the Cleveland Guardians on Tuesday night.

Chicago won for the seventh time in eight games behind a 10-hit attack and an effective Giolito, who improved to 2-1 after winning his second straight start.

The right-hander limited Cleveland to one run and six hits in seven innings with one walk and five strikeouts. Giolito surrendered a solo home run to Josh Naylor with one out in the seventh, the fifth long ball he has allowed in his past three starts covering 18 2/3 innings.

Naylor’s blast put the Guardians on the board. The White Sox went ahead 3-0 in the previous half-inning on a two-run home run from Sheets, who connected against Cleveland starter Cal Quantrill (1-2).

Tim Anderson hit an RBI double in the seventh to chase Quantrill from the game. Quantrill allowed four runs on 10 hits in 6 1/3 innings while striking out three.

Kendall Graveman navigated a walk and single with two outs in the ninth for his second save. The game ended on a sliding Jose Abreu putout at first base, which was overturned on replay review.

Chicago rallied for the game’s first run with two outs in the fifth inning. Josh Harrison produced the first extra-base hit of the night with a double off the wall, then scored one batter later as Anderson grounded a single up the middle.

Harrison high-stepped across the plate with the first earned run against Quantrill at Guaranteed Rate Field. The right-hander entered Monday having yielded only an unearned run in 11 2/3 innings at Chicago’s ballpark in four appearances, including one start.

Amed Rosario collected three hits for the Guardians. Naylor went 2-for-4 for his second straight multi-hit game of the series. He has five hits, including three home runs, and nine RBIs over that span.

Anderson paced the White Sox, going 3-for-4 with two RBIs. Luis Robert added a pair of hits for the White Sox to extend his hitting streak to nine games.