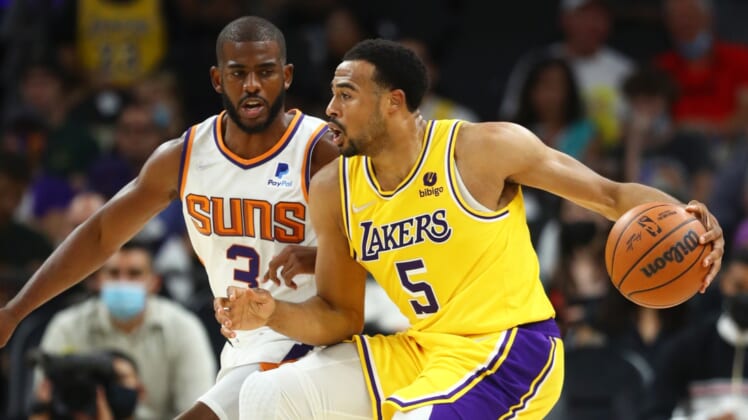 Los Angeles Lakers guard Talen Horton-Tucker will have surgery to repair a torn ligament in his right thumb, The Athletic reported Monday.

No recovery timetable has been announced. The Lakers open the 2021-22 regular season at home against Golden State on Oct. 19.

Horton-Tucker, 20, did not play in Sunday’s preseason loss to the Phoenix Suns. He had 17 points, three rebounds and two assists in 20 minutes off the bench in Friday’s loss at Golden State.