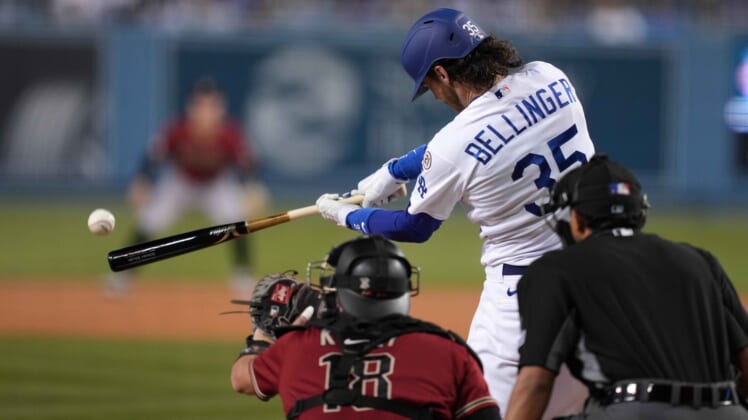 Bellinger, 26, returns to the injured list for the third time this season. He also missed time with a left calf contusion and left hamstring tightness.

Bellinger has played in 89 games this year and is batting .159 with nine doubles, nine homers and 34 RBIs. The 2019 National League MVP has been with the Dodgers five seasons, batting a combined .257 with 107 doubles, 132 homers and 352 RBIs. The 2017 National League Rookie of the Year was originally chosen by the Dodgers in the fourth round of the 2013 Major League Baseball Draft.

Raley, 27, returns for his sixth stint with the Dodgers and has appeared in 30 games. He is batting .169 with one homer and two RBIs and spent the majority of the season with Triple-A Oklahoma City, where he batted .295 with 14 doubles, two triples, 18 homers and 66 RBIs in 67 games.