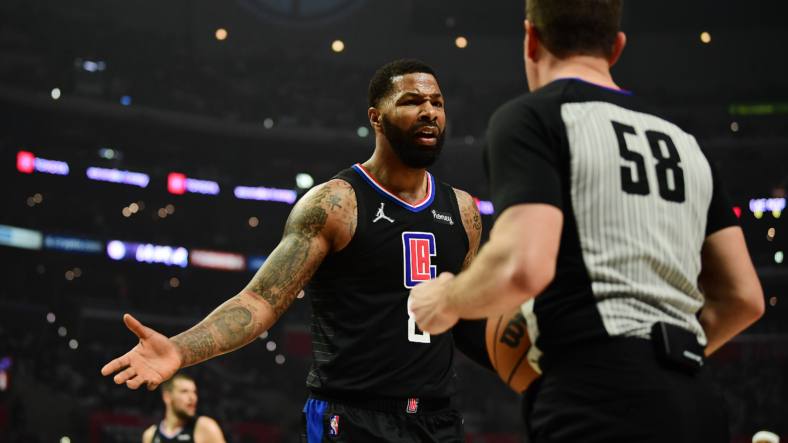 There is no weak link on Los Angeles Clippers head coach Ty Lue’s roster — almost everyone on the floor can knock down a three and guard their man.

However, some may provide greater impact skillsets, and others could be more complementary and flexible around star forwards Kawhi Leonard and Paul George. It could open the door to certain talents being used as trade chips before the deadline.

As the season steadily approaches, let’s take a look at three Clippers players that could eventually be moved elsewhere.

When discussing Marcus Morris, it’s easy to forget how vital he’s been to the outcomes of recent Clippers seasons. He’s contributed 13.7 points, 4.2 rebounds, and 1.5 assists per game in Los Angeles, in addition to carrying the offense at times when George and Leonard were injured. But, is he guaranteed to play on this new and improved Clippers team?

After a trade to acquire Robert Covington and Norman Powell from Portland, Morris’s role is in question. He has declined on the defensive side of the ball, and it’s evident that issues with his knees and calf are catching up to him. Statistically speaking, Morris is a below-average defender and doesn’t provide much else on the boards as a power forward.

Essentially, there isn’t much Morris can do that makes him a better fit compared to Covington or even Nico Batum. 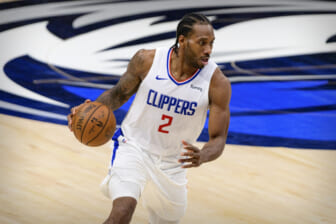 Fortunately for him, he can get buckets at a comfortable rate. He’s only a season removed from being at the apex of perimeter shooting, hitting threes at a 47.3% rate in 2021. Also in his favor, is his familiarity with the team’s system. The 6-foot-8 forward has consistently been the “3rd guy” behind Los Angeles’ stars, both offensively and defensively at times. Throughout the bubble, he was even a main defender on the Mavericks’ Luka Doncic.

Nonetheless, Morris’ services make him a likely trade candidate this season. Along with a few others, he’ll have to prove he belongs and his skills are necessary for Los Angeles to hoist the Larry O’Brien Trophy. If he doesn’t expect him to be moved for a true center to backup Ivica Zubac.

Replacing Landry Shamet in 2021, Luke Kennard’s tenure as a member of Steve Ballmer’s organization has been interesting.

The 6-foot-5 guard faced “DNPs” during his first season in Los Angeles, but blossomed throughout his second. Simply put, Kennard is a specialist for the Clippers. The Duke product is a sniper from range, coming off a season where he was the best at three-point shooting (44.9%).

Though, his lack of ability elsewhere makes him expendable for Los Angeles. The 26-year-old has dealt with injuries of his own, having knee issues that hinder his defensive abilities similar to Morris. He’s also known to be hesitant offensively but has shown to have improved in this area as of late. 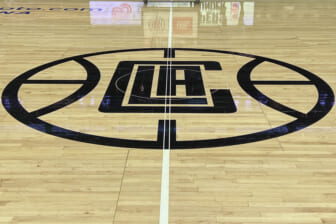 The acquisitions of John Wall and Powell affect Kennard greatly too, as his scoring isn’t as much of a need — more so when considering his defensive drop-off compared to the two. Also negative for him, is the rise of swingmen Amir Coffey and Brandon Boston Jr. Both cheaper assets and potentially more promising, Kennard can’t compete with the length they bring to the table.

Overall, Kennard is an excellent shooter who any team would love to have. Unfortunately, his play style may not mesh well with the renovated defensive-minded, title-hungry Clippers, and his floor-spacing may not be enough to earn himself minutes.

Kennard was rumored to be on the trade block before, but the noise fizzled out. If he is in fact moved, expect him to be packaged with Morris for another star, center, or both — such as Myles Turner.

Guilty by association, Brandon Boston, Jr. would be traded if he was packaged with other players making big money. Per 40 minutes, the ex-Kentucky Wildcat averaged 18.1 points, 5.8 rebounds, and 2.7 assists. His long wingspan (6’10) allows him to score with ease, also giving him the intangibles to evolve into a plus defender.

Boston Jr. is currently at the end of the bench for the Clippers. Not because of his play, but because he lacks experience on a veteran-heavy roster. It’s unknown whether Boston will be in the G-league or the main team next season, but the answer will be found soon as the Clippers kick off their schedule in about a month.

Los Angeles is looking to win a championship. They have the stars, they have the bench, and they have the coaching. But, do they need every single player in order to be at the top of the standings?