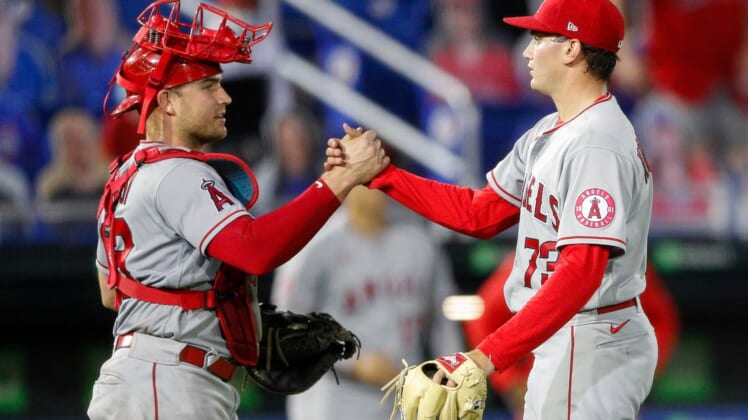 The Los Angeles Angels reinstated catcher Max Stassi (thumb) from the 10-day injured list ahead of Wednesday’s game at the Texas Rangers and optioned catcher Anthony Bemboom to the team’s alternate training site.

Stassi, 30, last played April 12, going 1-for-2 in a victory over the Kansas City Royals in a game he exited due to left thumb irritation.

Kurt Suzuki, who had split time with Stassi to begin the season, was the team’s primary catcher in Stassi’s absence.

Stassi, a career .221 hitter while playing seven seasons for the Houston Astros and now in his third campaign with the Angels, hit .278 in 31 games last season.

Bemboom had five hits in 19 at-bats over six games this season.