Looking to rebound from down year, Clemson opens vs. The Citadel 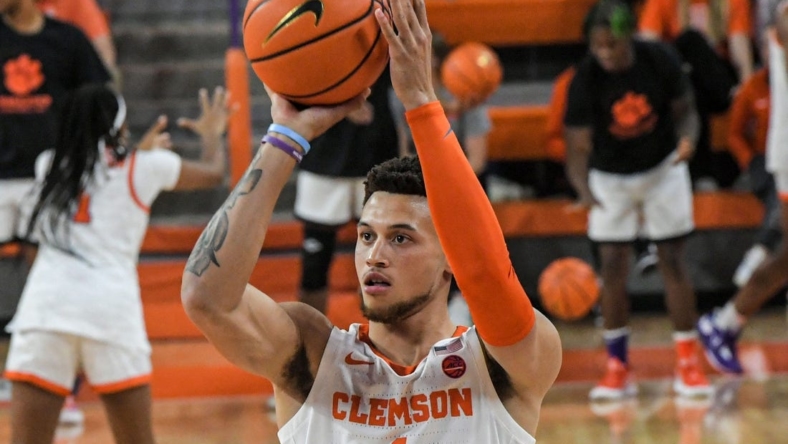 Ed Conroy will begin his second tenure at The Citadel with a road trip to Clemson on Monday.

Conroy replaces Duggar Baucom, who was fired back in March after seven seasons.

Conroy was previously the head coach for the Bulldogs from 2006-10 and was the Southern Conference Coach of the Year for the 2008-09 season after leading the program to its first 20-win season in more than three decades. He takes over a team that finished 13-18 overall a season ago and just 6-12 in league play.

Veteran forward Stephen Clark is back for one more season with The Citadel and Conroy is planning to take advantage of the versatility the senior brings to the court.

“He’s gonna be a huge part of it,” Conroy said at SoCon Media Day. “He is a talented inside player, can block shots, has great timing, can score in there, but I’m gonna move him around all over the floor.”

Clark started all 31 games during his junior campaign, averaging 9.7 points, 6.1 rebounds and 3.6 assists per game.

Brad Brownell enters his 13th season at Clemson, looking to lead the Tigers to the NCAA Tournament for the fourth time during his tenure. However, he might have to navigate the early part of the schedule without veteran big man PJ Hall, who is recovering from a knee injury suffered over the summer.

“We are optimistic that he will play at some point in November, but I don’t know when,” Brownell said. “That might be hard, but I am not going to say anything is impossible. It is really up to the doctors.”

Clemson is coming off a disappointing 17-16 season, in which the Tigers went 8-12 in ACC play and failed to reach the postseason.

Outside of Hall, Brownell has the luxury of leaning on an experienced roster that includes versatile forward Hunter Tyson and backcourt veterans Chase Hunter and Alex Hemenway, as well as Brevin Galloway, a transfer from Boston College.

“It is easy to say we have our older guys and kind of roll with them and maybe we will start that way,” Brownell said. “But we really have five guards that can play any of those three positions. You can play Josh Beadle, Dillon (Hunter) and Chase. You can play Chase, Alex (Hemenway) and Brevin. You can play Chase, Josh and Alex. I don’t think it matters a whole lot.”

One player to keep an eye on for the Tigers is Chase Hunter. After battling hand and foot injuries early on in his career, the junior is now fully healthy and has benefitted from a full offseason of work.