Minnesota Vikings rookie tight end Bucky Hodges is already feeling the rivalry in the old black and blue division. Just look at what he wrote on a football he signed during training camp this week. 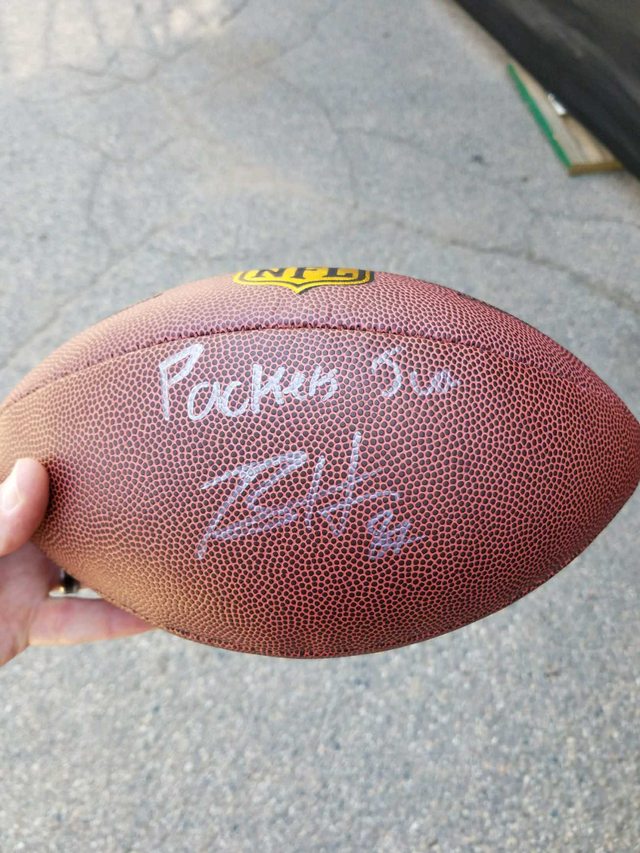 In reality, we all know Aaron Rodgers and the Green Bay Packers don’t suck. But that’s not the point here. To anyone that’s ever suited up for the Vikings (minus Brett Favre) the Packers themselves do suck.

And on the same note, every cheesehead the world over firmly believes the Vikings suck as well.

It should make for an interesting scene when this rookie from Virginia Tech heads to Lambeau for a Week 6 outing against the “sucky” Packers.