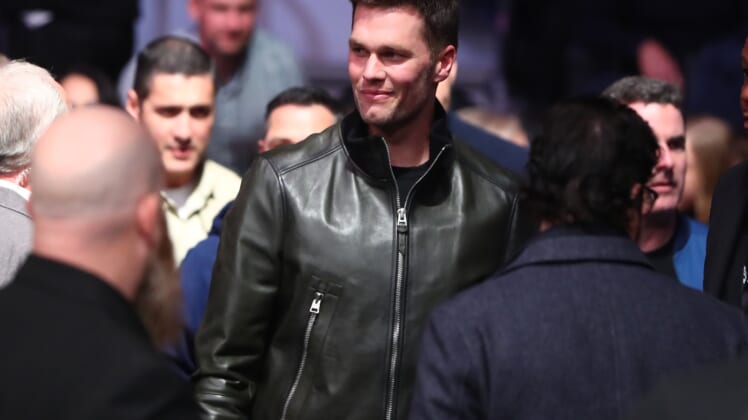 Nearly three months after signing Tom Brady, the Tampa Bay Buccaneers gave everyone an early preview of what it will be like to see Brady in a new jersey this season.

The Tampa Bay Buccaneers knew what their fans and the NFL world wanted to see. After two decades of only looking at Tom Brady in a New England Patriots jersey, the Buccaneers offered us all a preview of what’s to come this season.

It will certainly take some time to get used to this look. Brady turned in navy blue, red and white for the Buccaneers’ black, red and white color scheme.

While Brady might not have the top-selling jersey right now, this fresh look is certain to change that. The excitement in Tampa Bay is real and after seeing Brady’s name and iconic No. 12 in uniform, it’s only a matter of time before all the Buccaneers fans have his jersey.

We’ve already seen Brady practice with his new teammates as the future Hall of Famer is already making a huge impact on this team. Now we can just count down the days until he starts firing darts to Rob Gronkowski, a sight that will be painful for Patriots fans and a delight for everyone in Florida.