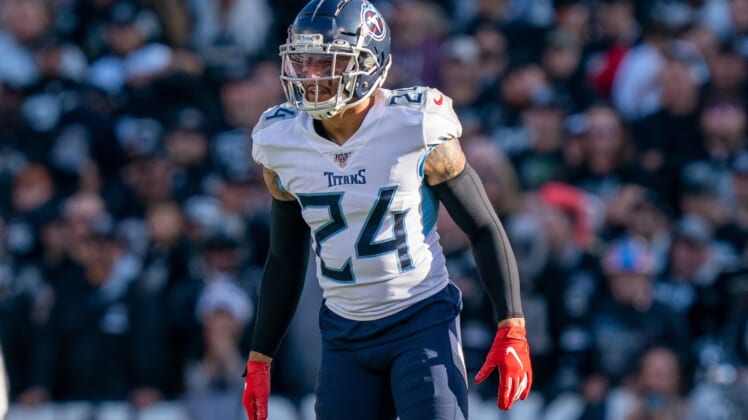 Writing in his caption, Vaccaro explained what the tattoo means to him: “The pixels represent what it takes to make a beautiful photograph come together. All different colors and shades. The same way it will take all of us to change the world. Everyone coming together to demand equality. ✊?✊?✊?✊?✊?✊?✊?”

Kenny Vaccaro has a history of advocating for change

Back in 2017 as a member of the New Orleans Saints, Vaccaro sat during the national anthem in protest of police brutality, and to stand with Colin Kaepernick.

Afterward, he explained why he did it:

“You understand what happened with Kaepernick?” safety Kenny Vaccaro told The Advocate. “There are guys out there that he’s clearly better than. Not even a third-stringer? He’s not playing. We’re risking everything. I’m going to be a free agent next year. If I continue kneeling or whatever, and I start getting out in the community more and doing all of that, how will it affect my family? At that moment, it was bigger than football. It’s about progress, change.”

Back in 2016 and 2017, the NFL was opposed to players protesting in that fashion. Things may finally be changing.

Last week, a video of some of the game’s brightest stars calling out racism and advocating for change hit social media. It was powerful. It was moving. And it moved NFL commissioner Roger Goodell to issue his own video response. In it, Goodell admitted the league got it wrong when it did not back players who were protesting. He also expressed his support for the Black Lives Matter movement.

Also last week, New Orleans Saints quarterback Drew Brees was blasted by his NFL peers for comments he made about protesting during the anthem. Ultimately, he made things right by speaking with his teammates, issuing multiple apologies and criticizing President Donald Trump for trying to use the flag and anthem as a divisive topic.

It seems like things might finally be changing around the NFL. Players like Colin Kaepernick, Vaccaro and Eric Reid — among many others — paved the way. Now the rest of the league is catching up. And like it or not, it appears many players will be taking a knee in protest this coming season around the league.