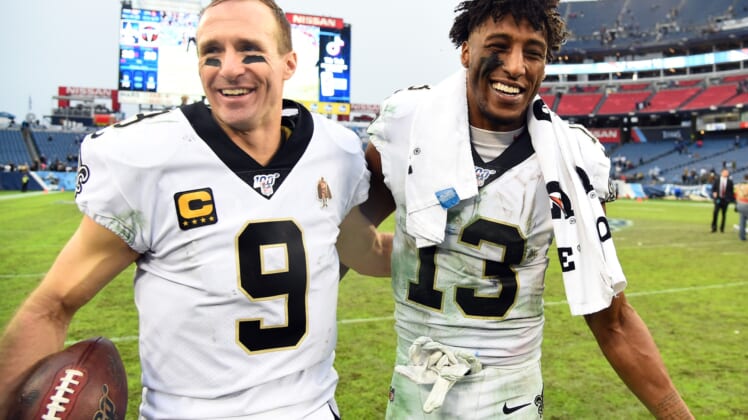 Drew Brees and Michael Thomas will be making sweet music with one another in the Bayou for at least one more season. Brees announced on Tuesday that he will return to the New Orleans Saints in 2020. It will be the future Hall of Famer’s 20th season in the NFL.

Brees’ return had come into question over the past few weeks after New Orleans shockingly lost to the Minnesota Vikings in the NFC Wildcard Playoffs.

Now that he’s back, record-breaking wide receiver Michael Thomas could not be any more happy.

Coming off a 2019 season in which he earned NFL Offensive Player of the Year honors, it’s easy to understand why Thomas is excited Brees is returning.

The 26-year-old pass catcher broke the NFL record with 149 receptions last season. He also led the NFL with 1,725 yards. Through the first four years of his career, Thomas has tallied 470 catches for 5,512 yards and 32 touchdowns while catching 78.1% of his targets.

No wonder he loves himself some Drew Brees.