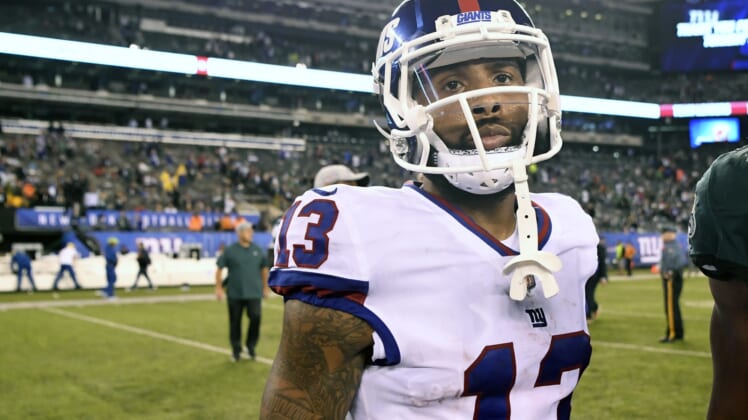 New York Giants star receiver Odell Beckham Jr. has been on the trade block for over a calendar year. The record-setting extension he signed with New York last August didn’t change that.

With the Giants now looking at a full-scale rebuild, rumors have heated up that OBJ could be on his way out of town. That’s despite general manager David Gettleman indicating otherwise.

With these rumors heating up, OBJ took to the Twitterverse to post this cryptic message.

It could very well be much ado about nothing. Then again, we are at the silly point in the NFL calendar. Rumors can pop up based on a single tweet or social media post.

Fans of certain NFL teams didn’t read OBJ’s tweet without attempting to conclude what it meant.

Sure. Who wouldn’t want one of the game’s most-electrifying players? Until something is official, these rumors and innuendos are going to continue popping up. It makes for some fun heading into free agency next week.