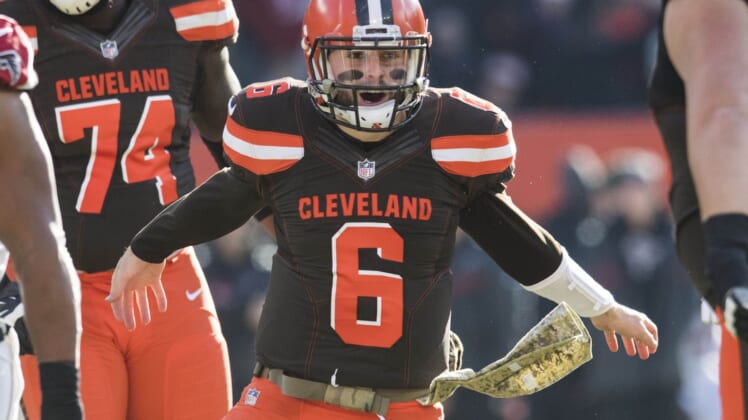 Since the Oklahoma Sooners knocked off the the Texas Longhorns in the Big-12 Championship, Cleveland Browns quarterback Baker Mayfield is taking every chance he gets to troll the Longhorns.

So when legendary WWE commentator and Oklahoma resident Jim Ross stopped by Cleveland’s facilities, the duo took a picture and dropped a “horns down” sign for everyone to see.

There is nothing better than taking shots at rival rivalries and two legends in the state of Oklahoma came together to pull the ultimate troll on Texas. One thing is for certain, the Longhorns still aren’t “back.”