LOOK: Jets announce the signing of a wide receiver with wrong photo

The New York Jets may be the least-talented team in the NFL heading into the 2017 season. That’s actually not even up for debate after the team got rid of a ton of veteran talent during the spring.

It’s forced New York to hit the waiver wire to pick up an injury-plagued former San Francisco 49ers receiver that wasn’t good enough to make the roster for a team that won two games last season.

Unfortunately for the Jets, their misses continued in a big way on Friday after announcing that they have picked up Bruce Ellington off waivers Friday. 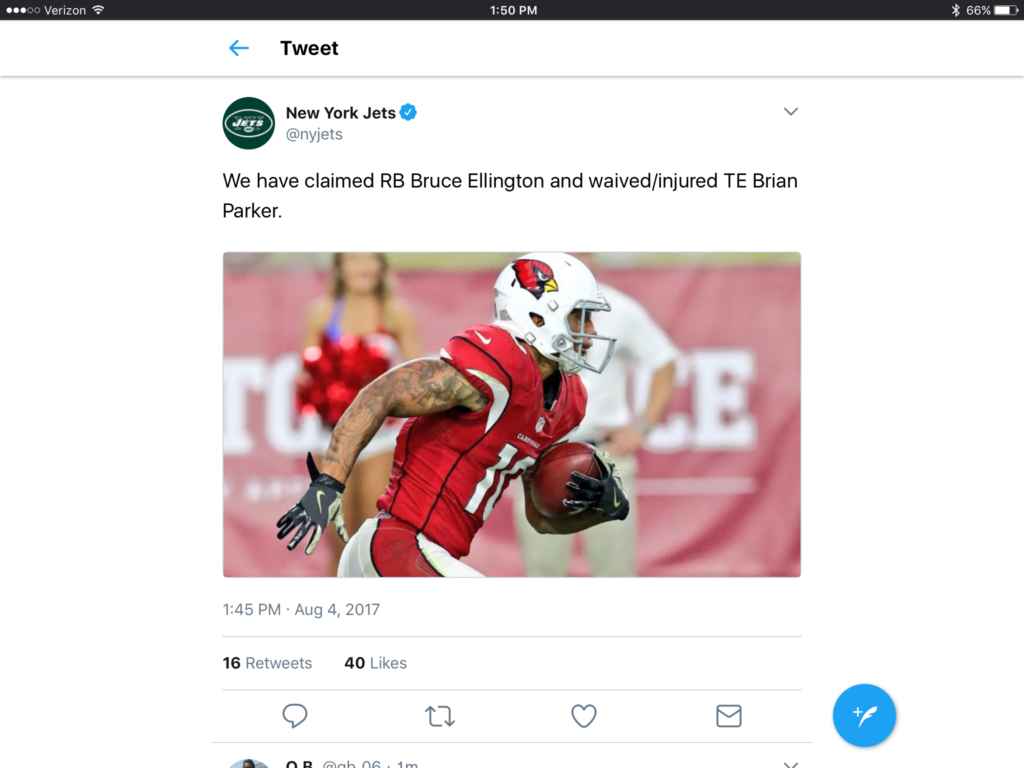 Can you spot the mistake here?

Well, the photo is actually of Arizona Cardinals wide receiver Brittan Golden. Maybe the Jets were thinking of running back Andre Ellington, who suited up for his current Cardinals team Thursday night during the Hall of Fame Game.

As it relates to the player they actually did sign, Ellington recorded a grand total of 19 receptions in three seasons with San Francisco. He also missed the entire 2016 campaign to injury.