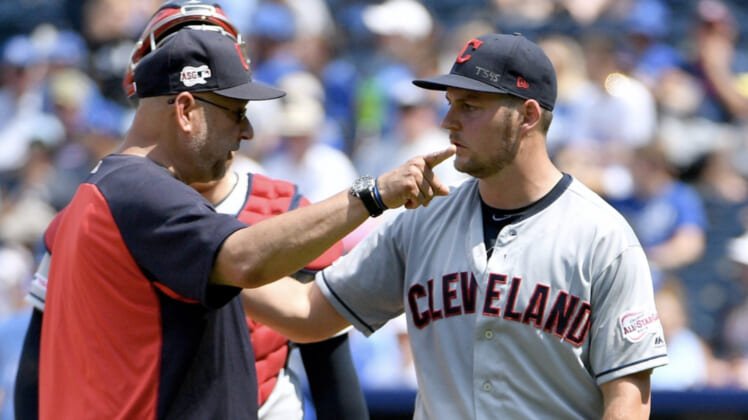 The latter stages of Trevor Bauer’s career with the Cleveland Indians will be talked about for eons.

It included the All-Star throwing a tantrum after being pulled in what would ultimately be Bauer’s final appearance with Cleveland this past weekend.

Given how much Bauer had meant to the Indians for seven seasons prior to his trade to the Cincinnati Reds, this was an unfortunate culmination for the two sides.

Cleveland did show class after making the deal official Wednesday morning, thanking Bauer for his time with the organization.

Bauer, 28, played and important role in helping Cleveland to the World Series in 2016. He also didn’t yield a single earned run in two starts against the New York Yankees in the 2017 playoffs.

Bauer finishes his Indians career having posted a 67-53 record with a 3.89 ERA and 1.29 WHIP in seven seasons. Despite his often enigmatic personality, he’ll certainly be missed.