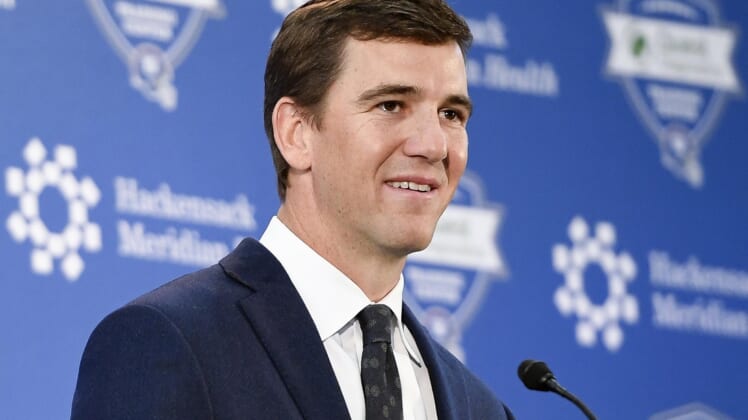 Now that he’s not anchored to a team following his retirement from the National Football League, two-time Super Bowl champion Eli Manning is apparently looking at changing home towns.

The 39-year-old Manning and his wife, Abby McGrew Manning, just recently put their six-bedroom Summit mansion in New Jersey on the market for a cool $5.25 million.

Originally purchased for $4.7 million by the couple back in 2014, the two renovated the mansion back in 2015 to take into account their four children.

It really is something to behold.

The property was originally built back in 1904 and is seen as historical in the city of Summit.

As for Manning, he earned a cool $252-plus million during a 16-year career with the Giants. He can add a bit more to that bank account should this property sell for its asking price.

Manning retired from the NFL following the 2019 season after losing his starting job to then-rookie Daniel Jones. A potential future Hall of Fame quarterback, Manning’s biggest claim to fame is the fact that he defeated GOAT Tom Brady in two Super Bowls.

Manning finished his NFL career having thrown for north of 57,000 yards with 366 touchdowns and 244 interceptions.