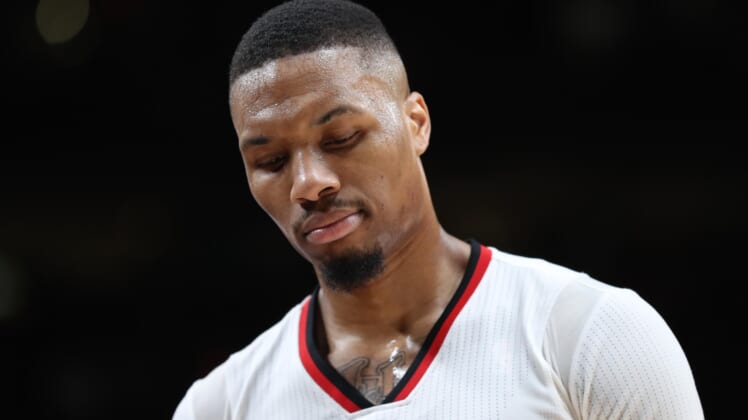 Portland Trail Blazers star guard Damian Lillard might be setting up residence closer to the Pacific Northwest than his hometown of Oakland.

In no way does this mean that his allegiances are with the Seattle Seahawks. Instead, Lillard remains true to his Raiders.

In an attempt to better his struggling team, the All-Star took to social media to recruit free-agent running back Le’Veon Bell.

Oakland had been linked to Bell in the lead up to free agency. But once the team traded for his former teammate Antonio Brown, it was noted that owner Mark Davis doesn’t have the cash on hand to sign Bell.

For his part, Bell has seen a pretty dry market after holding out throughout the 2018 season. He was said to be demanding north of $15 million per season. Bell is now reportedly receiving offers of about $12 million annually.

Whether that means Oakland is back in play for the All-Pro running back remains to be seen. But it’s clear Dame wants him in the silver and black.