The Ford practice facility will cost more than the team’s current AT&T stadium (more on that here).

For Jones, it’s all about going big or going home.

The facility will reportedly include a 12,000 seat indoor stadium where local high school teams will play their football games as well.

Even more impressive are the Cowboys’ locker rooms in this new facility. 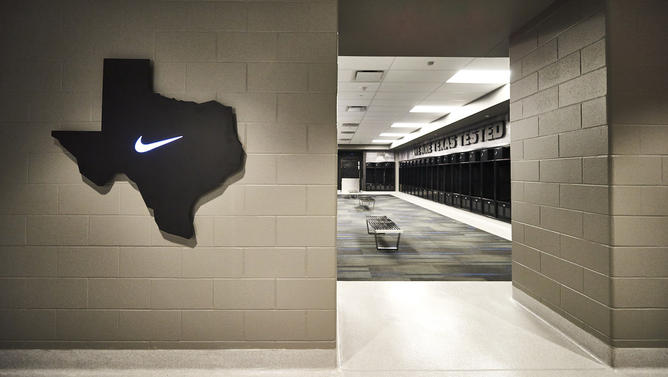 Once the players pass by the large state of Texas piece of art complete with the Nike swoosh logo, they enter an amazing space. 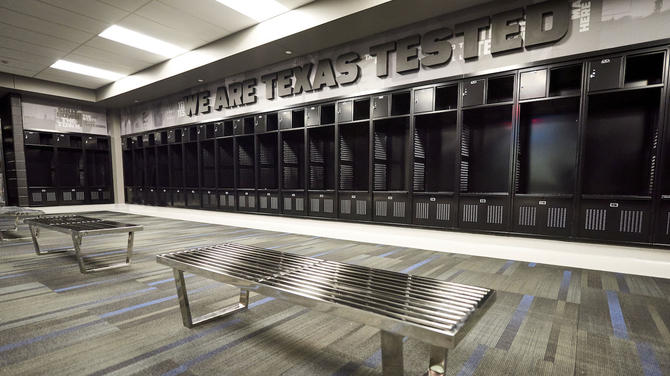 Chrome benches and beautiful neutral colors give the locker room a spa-like atmosphere. 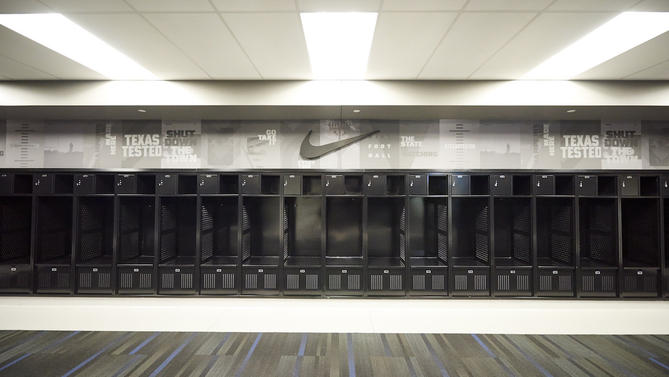 “As the Dallas Cowboys, our team sponsors are a key lifeline for the sustainability of our franchise,” Cowboys executive vice president Jerry Jones, Jr. said, via CBS Sports. “When you set out to build a world-class facility, you attract world-class partners. The Star will allow these partners to activate their brand with us in ways never before seen in professional sports, let alone at the high school level. Ford, Nike, the Texas Lottery, Whataburger and Panasonic all played a role in elevating this facility to provide an unforgettable experience for the students of Frisco Independent School District.”

While this new practice facility is ultra-impressive, it is no surprise that Jones spent top dollar on the project.

The Dallas Cowboys are the richest sports franchise in the world according to a report released by Forbes in July.