Coming off a two-point performance in Game 5 of the Finals, Love is facing the wrath of a Cleveland sports scene that hasn’t witnessed a title in well over a half century.

First, it was fans attempting to raise enough money for the Cavaliers to pay Love to actually sit out Thursday’s do-or-die Game 6 outing in Cleveland.

It now appears at least one fan would rather see Love in a trash can, where some in Cleveland might feel he belongs. 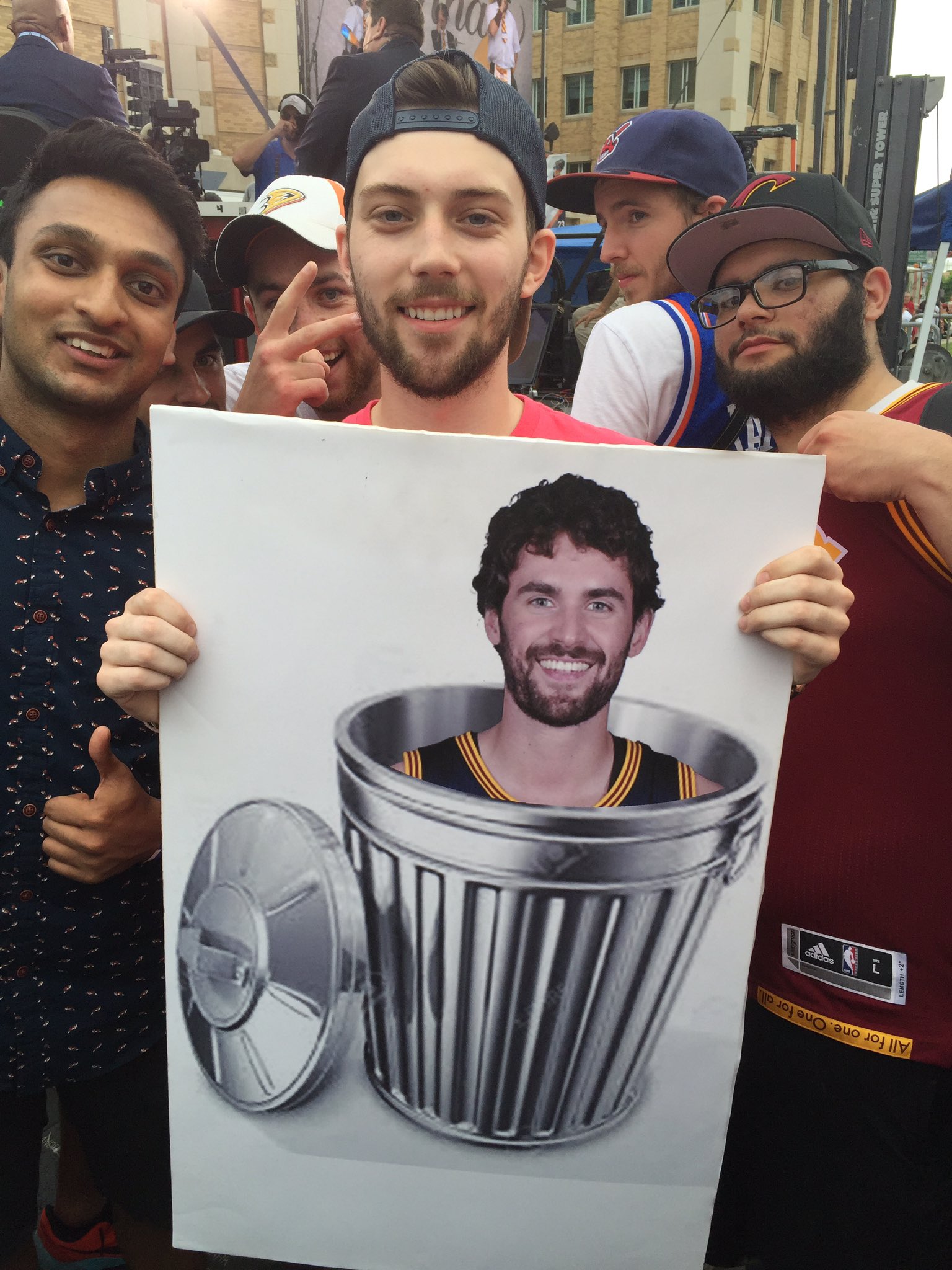 That just isn’t very nice, now is it?

Love, who suffered a concussion earlier in the series, is averaging 8.8 points and 5.8 rebounds while shooting 37 percent from the field and 29 percent from three-point range in the Finals.

If the reaction of fans in Cleveland are any indication of how the organization feels about Love behind the scenes, this could very well be his final home game in the city.