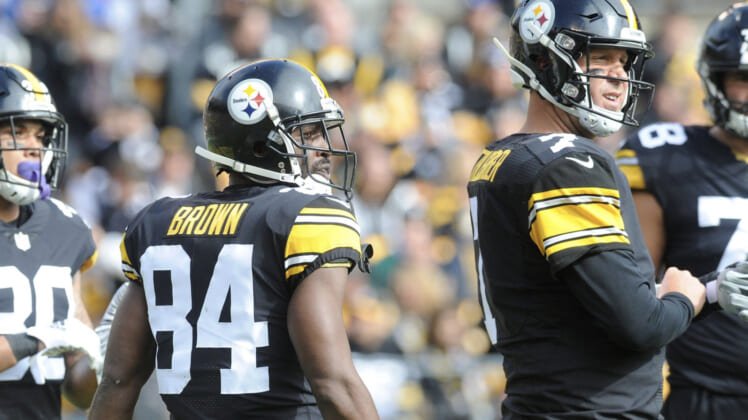 Big Ben took to the media on Tuesday to question himself after calling out Brown prior to the receiver’s trade to the Oakland Raiders this past spring.

Despite Roethlisberger showing remorse for his actions, Brown took to social media to call his former teammate out in a big way.

Whew. Talk about throwing stones in the direction of a man who was simply trying to clarify things.

Needless to say, Brown and Big Ben won’t be partaking in any barbecues or sharing helmet stories any time soon.

Brown has been an active presence on social media after the Raiders acquired him for pennies on the dollar in March. Even then, this takes things to an entirely new level.