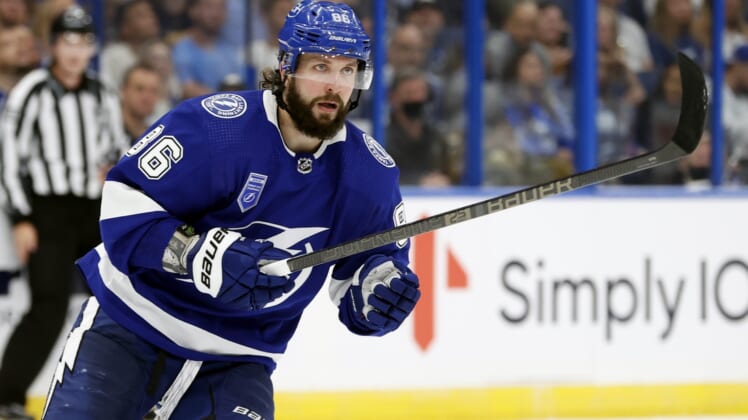 Nikita Kucherov is expected to return from a 32-game injury absence on Thursday when the Tampa Bay Lightning host the Calgary Flames.

Kucherov has been sidelined since sustaining a lower-body injury on Oct. 16 in a game against the Washington Capitals. The former Hart Trophy recipient had surgery 10 days later and was expected be out 8-10 weeks.

“(Kucherov) is ready to go. I expect him to play,” Lightning coach Jon Cooper said. “This has been building. We’ve been kind of targeting this game as the game he’s coming back. So I guess the really good thing is there’s no step back.

“Guys are excited tonight, but again there’s uncertainty with our lineup. But ‘Kuch’ is one of the certainties, so that’s good.”

He missed the 2020-21 regular season after hip surgery but returned with a flourish in the playoffs, recording 32 points (eight goals, 24 assists) in 23 games to help the Lightning repeat as Stanley Cup champions.

Kucherov won the Hart Memorial Trophy, Art Ross Trophy and Ted Lindsay Award in 2018-19 after scoring a career-high 41 goals and leading the league in assists (87) and points (128).