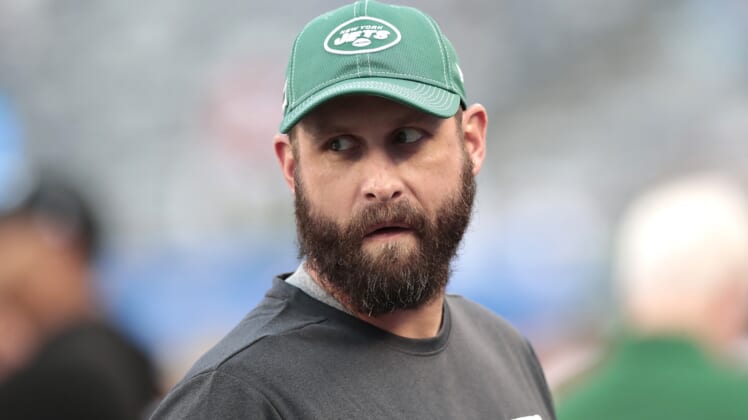 Le’Veon Bell is excited about his new team, and about the new coaches the New York Jets brought in this offseason, Adam Gase and Gregg Williams among them.

On Monday, Bell shared his thoughts on the Gase offense going against Williams’ defense every day in practice, using the word “genius” to describe them both.

“That’s like the best thing I’ve ever been a part of. When you see that competition, I literally never had nothing like it,” Bell said, per Rich Cimini of ESPN. “Coach Williams is a defensive genius vs an offensive genius. They go at it every day.”

It’s debatable that either Gase or Williams deserves the “genius” label, though Gase certainly has given us hints that he may be crazy like a fox.

Over the course of his career that spans two decades, Williams has led more bottom-half defenses than top-10 units.

Gase was hailed as an offensive guru coming into his tenure at Miami after the work he did as the offensive coordinator in Denver. However, his offense never took off like the Dolphins hoped it would, and he was fired after three seasons at the helm.

None of this is to say the Jets can’t be great on both sides of the ball this year. They certainly have intriguing talent — Bell being a potential superstar if he can get back to the form we saw annually in Pittsburgh.

At the least, it’s good to see Bell is amped for his opportunity to play for the Jets.