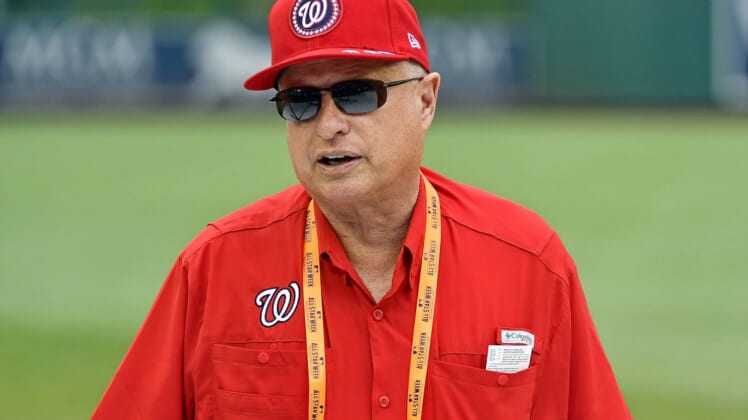 Washington Nationals principal owner Mark Lerner said Monday that the family has hired an investment bank to explore the possibility of selling the MLB team.

“This is an exploratory process, so there is no set timetable or expectation of a specific outcome,” Lerner told the newspaper in a statement. “The organization is as committed as ever to their employees, players, fans, sponsors and partners and to putting a competitive product on the field.”

Mark Lerner was named principal owner in June 2018, assuming the role from his father, real estate magnate Ted Lerner, who bought the Nationals from Major League Baseball in July 2006 for $450 million. Ted Lerner is 96 years old.

In March, Forbes put the value of the Nationals at $2 billion.

The family has hired investment bank Allen & Company to research potential investors and possibly buyers. A Nationals spokeswoman told the Post that a “full transfer of ownership is possible.”

Mark Lerner is joined in the decision making with five others in the family, including his two sisters.

He told the Post in 2018 that the family “will never sell the Nationals.”

“There’s no intention of this family — certainly while I’m alive and my sisters and brothers-in-law are alive — nobody’s going to sell this team,” Mark Lerner said then.