There is no other way to spin it, this potential LeBron James’ sweepstakes promises to get pretty ridiculous before it’s over. There is not a single team in the NBA that won’t think internally about the potential of adding James to the mix should he decide to opt out later this month.

Since the end of the NBA Finals, we have heard rumors ranging from James returning to his native Cleveland to the possibility that he will end up opting out of his contract in order to take less money and eventually re-sign with the Miami Heat. In between those two extremes, the media and fans alike have been speculating on everything under the sun.

This sense of soap opera was taken to an entirely new level when LeBron’s wife, Savannah, sent out what seemed to be a cryptic Instagram post over the weekend. 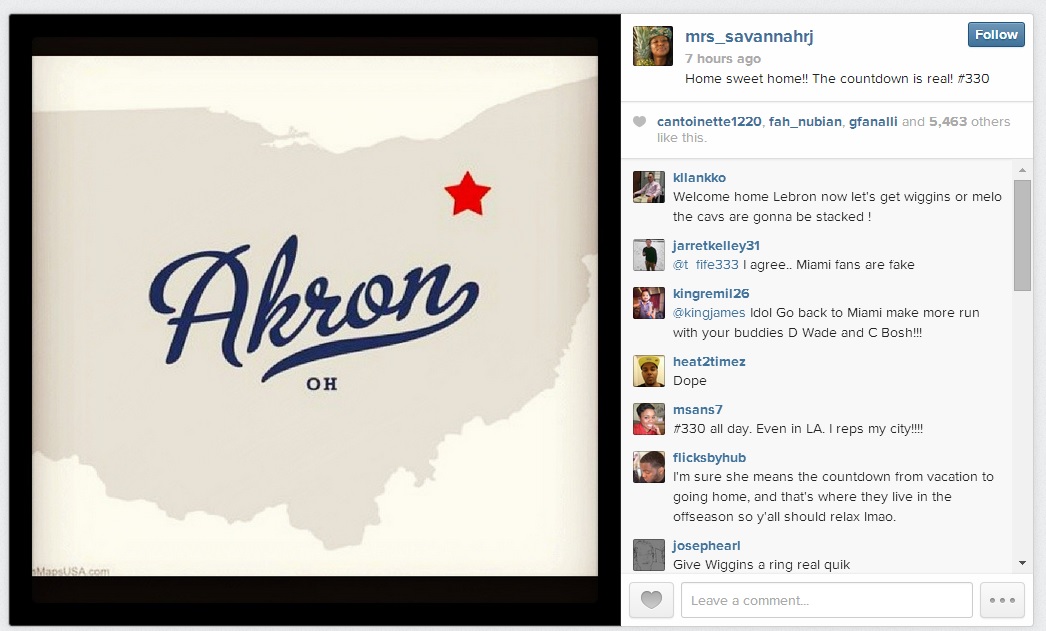 Some took this post to mean that James and his wife are preparing for a return to Ohio as the next chapter in his career. After all, James never closed that door when he bolted for Miami a few years back.

But that would be a much too simplistic view of the situation.

Savannah and LeBron call Akron home during the offseason. And in case you didn’t notice, we are currently heading right into the offseason. She is pregnant and could very well be looking forward to time at home.

This didn’t stop some from jumping to premature conclusions.

Get used to it guys/gals, we are surely going to see a lot more of it as the offseason moves forward and the draft takes place. Then again, none of us will be above the speculation. It’s definitely the story of the offseason should LeBron opt out.