LeBron James on load management: ‘If I’m healthy, then I’m going to play’ 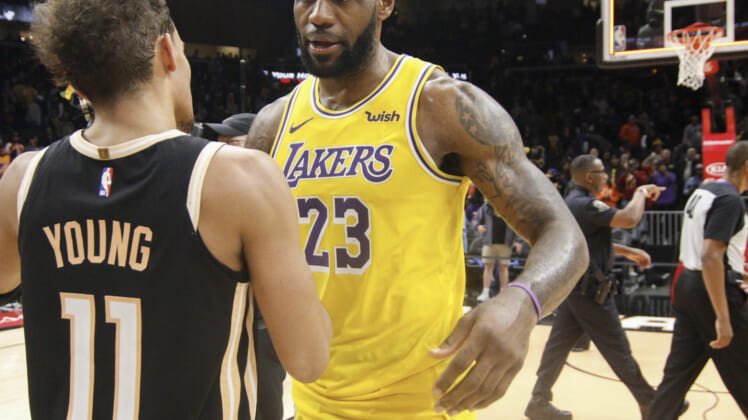 Fresh off a 32-point double-double against the Atlanta Hawks on Sunday night, Los Angeles Lakers forward LeBron James was asked about the need to rest every once in a while.

Questions following the game quickly turned to load management, which has been a major point of contention in Los Angeles with the Clippers and reigning NBA Finals MVP Kawhi Leonard.

James is not having any of it.

That wasn’t necessary a direct shot at Leonard. Though, it is a rather interesting take from James. The Lakers are about one-third of the way through their schedule. James has suited up in all 27 games.

At 24-3, we’re interested to see if James is actually held out some moving forward on the season. After all, he’s 34 years old and has played a whole heck of a lot of playoff basketball in recent seasons.