LeBron James to the Dallas Cowboys?

King James has recently opted out of his NBA contract. And in a recent tweet, the Cowboys made it a point that perhaps James should stop considering a new NBA team and just switch jobs altogether.

Maybe LeBron is trying to follow in his buddy Johnny Manziel’s footsteps by becoming an athlete for every professional sport there is out there. LeBron could even be Johnny’s competition on the gridiron. The Dallas Cowboys want him. 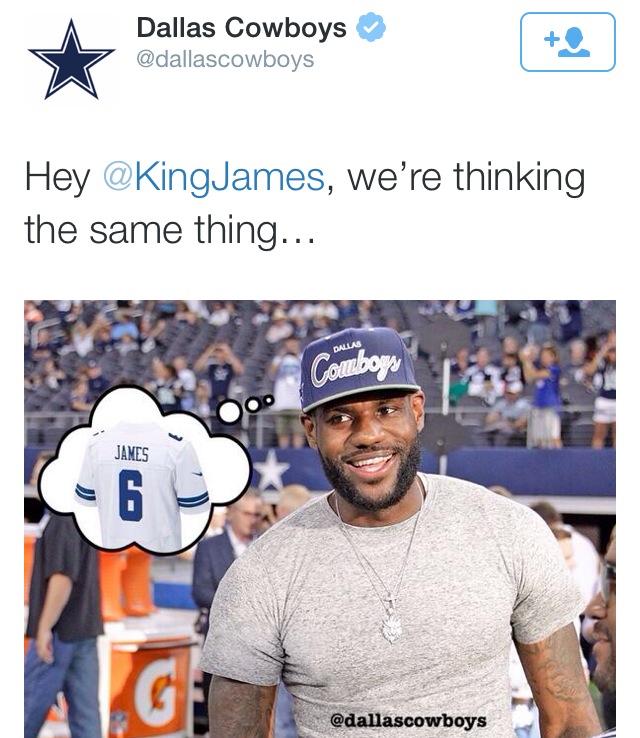 It’s easy to see him dominating in the pocket, or even catching some of Romo’s pigskins in the end zone. The dude is a natural athlete, so the possibilities are endless for him.

I wanna play in one NFL game before it’s over.

While I don’t see him exchanging sneakers for cleats, I do think one game would be a great marketing strategy, but LeBron jerseys could even out-sell Manziel’s.