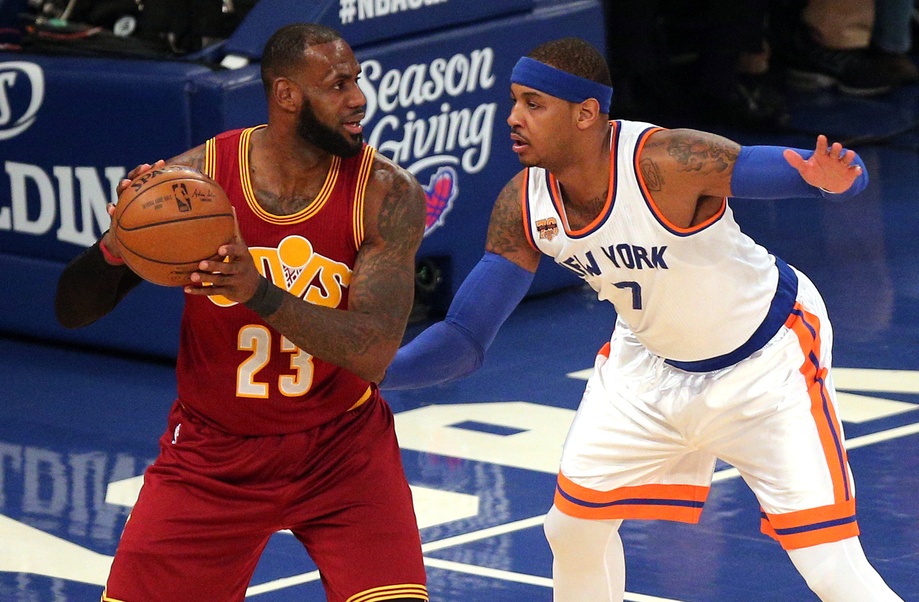 LeBron James has made it clear that he wants the Cleveland Cavaliers to upgrade the roster by the February 23 deadline. Phil Jackson and the New York Knicks have reportedly offered LeBron’s friend and fellow draft class of 2003 alum Carmelo Anthony for Kevin Love, which Cleveland rejected.

A new report now indicates that even if it costs the Cavs Love, LeBron wants Anthony.

“According to a league source, LeBron is the one pushing the Cleveland Cavaliers front office to acquire Carmelo even if it means trading Kevin Love, which is something Cavs management is opposed to doing,” a report from Frank Isola, NY Daily News said. “Jackson is hoping to move Anthony prior to the Feb. 23 trading deadline and one player the Knicks have targeted is Love, who had 23 points with 16 rebounds in Cleveland’s win over the Knicks last Saturday.”

For fans of the Cavaliers, going against LeBron has got to be a hard thing to do. But anyone with any association with Cleveland has to hope this trade doesn’t happen.

First of all, we have to ask one question. Right now, is Anthony better than Love?

Additionally, while Anthony and LeBron are long time friends, we don’t know how well they’d play together. Outside of the Olympics, they’ve never been teammates in meaningful games.

Granted, Love has sometimes struggled to adjust to the Cavs. But in his first two full seasons in Cleveland, the team has made two trips to the finals and won a championship. In year three, the Cavaliers have the Eastern Conference’s best record. Things aren’t that bad and even if we concede that Anthony is better, the situation isn’t going to improve a whole heck of a lot.

Lastly, Love is younger than both James and Anthony. When the time comes that those two players are out of the league (or at least clearly past their primes), Love may still be a star caliber player. Trading him for what would be, at best, a mild upgrade, would just not be smart.

LeBron may want this to happen, but David Griffin and the rest of the Cleveland front office has to stand strong. Landing Anthony is fine, but not if it costs Love.