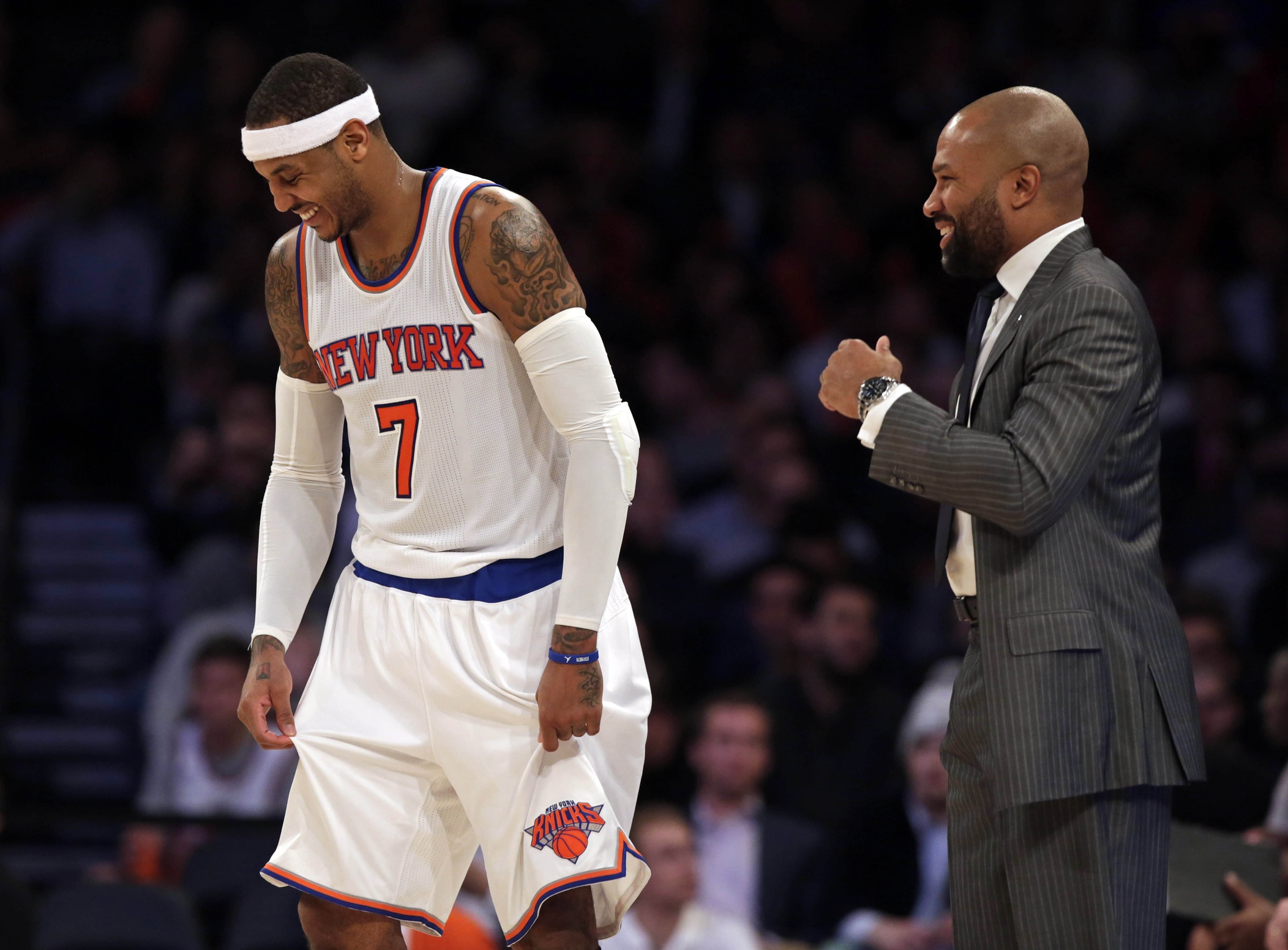 The New York Knicks have reportedly been busy in trades talks surrounding Carmelo Anthony. According to ESPN’s Marc Stein, the Knicks offered Anthony to the Cleveland Cavaliers in a deal for Kevin Love, but the talks went nowhere.

That would be a certainly be a blockbuster. LeBron has been clear that his team needs to be upgraded. Following Monday’s loss to a New Orleans team playing without Anthony Davis, James was not subtle. “We need a f—ing playmaker,” he said, per Dave McMenamin of ESPN.

Of course, a player of Anthony’s caliber would also cost Cleveland a playmaker. That’s precisely what Kevin Love is.

Anthony has also recently said that he thinks LeBron would want to play with Carmelo.

Anthony is on to something here.

James would probably like to play on the same team with his friend, who also happens to be a star. Still, he was asking for a playmaker, not a specific one. In fact, most of LeBron’s more specific pleas this year have been for a point guard to ease the burden or himself and Kyrie Irving. Carmelo is not a point guard.

Anthony would certainly be a big trade for the Cavs. But as good as he is, it may not be the right one. Certainly not when it would cost a player as good as Kevin Love.