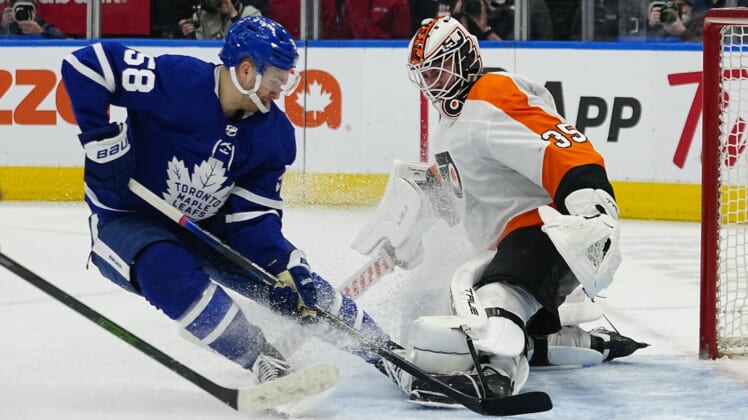 Forward Michael Bunting will sit out the Toronto Maple Leafs’ final two games of the regular season before having his lower-body injury re-evaluated prior to the playoffs.

Bunting, 26, sustained the injury in Toronto’s 3-2 overtime loss to the Florida Panthers on Saturday. He did not play in the Maple Leafs’ 4-3 shootout win against the Washington Capitals on Sunday.

“He obviously skated today so a very positive sign,” Toronto coach Sheldon Keefe said Tuesday. “He’s not going to play this week and then we will re-evaluate him from there, but things are looking positive.”

He has 77 points (34 goals, 43 assists) in 105 career games with the Arizona Coyotes and Maple Leafs. He was selected by the then-Phoenix Coyotes in the fourth round of the 2014 NHL Draft.