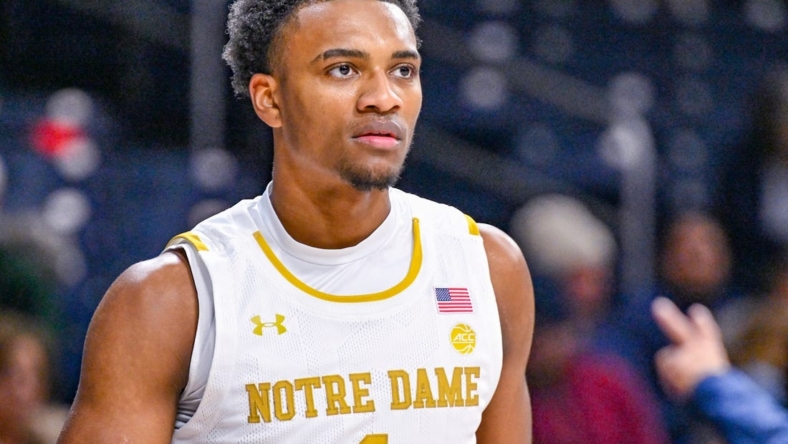 A wide-open Goodwin, who scored 15 points in the first half, drained his sixth 3-pointer of the night, from the top of the arc, off a pass from Cormac Ryan, to put the Irish ahead after the Derrin Boyd’s layup with 1:31 to play gave the Bisons the lead.

Trae Benham scored 12 of his 19 points in the first half for Lipscomb, and he converted a four-point play with 2:11 remaining in regulation to cap a 15-4 Lipscomb run that gave the visitors a 65-63 lead.

Jacob Ognacevic also scored 19 for the Bisons, who shot 19 of 25 from the field during a second half in which they trailed by as many as 10.

Benham opened the game with a 3-pointer and Lipscomb scored the first five points of the contest. The Bisons (2-2) made five of their first eight shots and led 12-7. However, the Irish used a 10-2 spurt to take the lead.

Goodwin scored eight points during a 10-0 run that put the hosts up 29-18. Lipscomb went more than 5 1/2 minutes without a point before Ahsan Asadullah’s bucket with 2:44 remaining in the half.

The Irish, though, had already gone cold, and they failed to record a point in the final 4:27 of the half. Lipscomb, meanwhile, scored the final five points to trail by six at the break.

Neither team attempted a free throw during the first 20 minutes.

Asadullah finished with 10 points for Lipscomb, which fell to 1-8 against ACC teams since 2008-09.