Ingold was carted off the field in the second quarter of the Raiders’ loss to the Kansas City Chiefs on Sunday night. An MRI on Monday confirmed the team’s fears.

Ingold, 25, has played in every game for the Raiders since joining the team as an undrafted free agent following the 2019 draft.

Ingold had 10 catches for 85 yards and a touchdown this season. He also played in 58 percent of the Raiders’ special teams snaps. 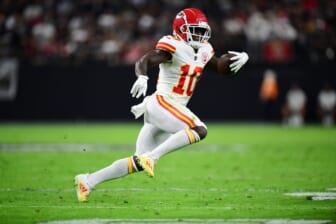