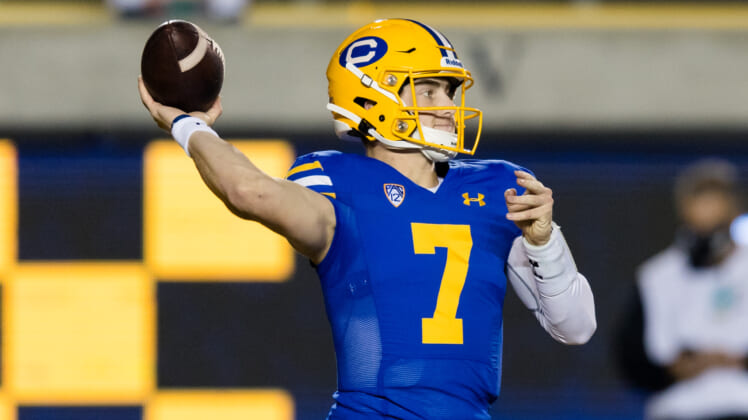 Las Vegas Raiders quarterback Derek Carr is the unquestioned face of the franchise after signing a new contract extension. While Chase Garbers won’t get a chance to play in 2022, the Raiders are certainly hoping the undrafted free-agent quarterback makes a case to be developed by Josh McDaniels.

Garbers – a 6-foot-2 passer – started 11 games for the California Bears last season. While he isn’t anywhere near guaranteed to make the roster, signing him could be a smart move by Raiders’ general manager Dave Ziegler nonetheless.

The Raiders need to start thinking about the future of the position once Carr either retires or plays out his contract in the Silver and Black. As great organizations always state, it’s better to prepare for the future at quarterback too early than too late.

In a poor year for quarterbacks in the draft – with Kenny Pickett the only Round 1 pick – the Raiders signed Garbers hoping they can find a diamond in the rough to turn into a gem with time and hard work.

While veteran NFL quarterback Nick Mullens is favored to serve as Carr’s backup, there is an opportunity for Garbers to earn the No. 3 spot ahead of Garrett Gilbert or he could claim a spot on the practice squad.

Here’s a look at both the good and bad in Garbers’ game:

Garbers’ size and frame are impressive and his athleticism is also surprising for his side. While no one will confuse him for a truly mobile QB, he does create with his feet both in setting up the pass and throwing downfield when things break down. His motion and release are all very smooth and he has a knack for fitting passes into small windows. 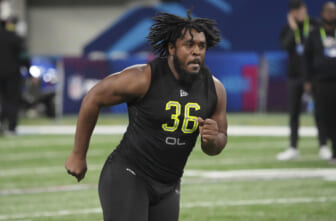 He is a more conservative-type quarterback, someone who McDaniels would need to build a game plan for rather than allowing Garbers to create offense on his own. However, he showed mobility at Cal and made some nice throws on the move. This makes him effective no matter what the situation and his decision-making can be excellent in these situations. He also is good at anticipating routes and throwing his receivers open.

While his size and motion are all solid and fluid, his arm strength for his size isn’t great. He doesn’t have the elite arm most NFL teams are looking for when drafting or signing a potential starter and this is also a challenge with his long ball. Due to the lack of velocity, defenders have more time to react and that would be amplified greatly at the pro level without improvement.

He not only needs to make mental adjustments to his game but there are physical adjustments that must be made with the Raiders coaching staff for him to improve in this area.

Garbers isn’t an elite quarterback or an elite athlete so he must fix both his mental and physical game to have more than a cup of coffee in an NFL training camp. He won’t be a guy the Raiders count on as even a backup. But from a developmental gamble perspective, they could end up winning on the signing. Garbers would take multiple seasons to improve enough to be a serviceable contributor at the NFL level. The Raiders gave him a shot and that doesn’t hurt as they wait out better NFL draft classes ahead.