A six-time winner on the NASCAR Cup Series, Larson had been one of the series hottest commodities... 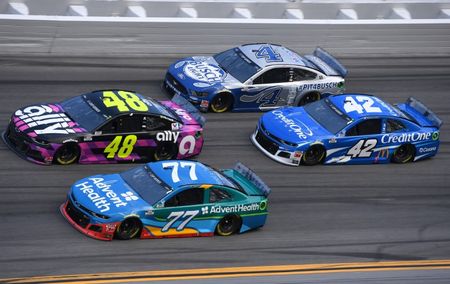 (Reuters) – Kyle Larson, who was suspended by NASCAR and fired by his team Chip Ganassi Racing for using a racial slur during a live-streamed iRacing esports event in April, has been reinstated NASCAR said on Monday.

“Kyle Larson has fulfilled the requirements set by NASCAR, and has taken several voluntary measures, to better educate himself so that he can use his platform to help bridge the divide in our country,” NASCAR said in a statement. “Larson’s indefinite suspension has been lifted.

“Under the terms of his reinstatement, he will be cleared to return to all NASCAR racing activities effective January 1, 2021.”

A six-time winner on the NASCAR Cup Series, Larson had been one of the series hottest commodities until he was heard using the slur while apparently testing his microphone for the iRacing competition and immediately dropped by sponsors and his team.

Terms of Larson’s reinstatement include conducting several speaking engagements spaced out through 2023 and continuing to take part in training and engagement classes.

During his suspension, Larson spent time racing sprint cars collecting 12 victories on the World of Outlaws tour, which required Larson to complete sensitivity training in order to be cleared for competition.

While the path has been cleared for a return to NASCAR but has not yet been offered a drive.

“Apologizing for your mistakes matters,” said Larson in an essay published Oct. 4 on his website. “Accountability matters. Forgiveness matters. Treating others with respect matters.

“I will not stop listening and learning, but for me now, it’s about action — doing the right things, being a part of the solution and writing a new chapter that my children will be proud to read.”