NFL star Larry Fitzgerald speaks out on plans for 2021 season

The Arizona Cardinals are closing in on the start of NFL training camp and the future of Hall of Fame wide receiver Larry Fitzgerald is still unknown. Finally, one of the most accomplished receivers in NFL history shed some light on where things stand.

Fitzgerald is coming off a disappointing 2020 season. In his 17th year playing in the NFL, he tested positive for COVID-19 and couldn’t play all 16 games for the first time since 2014. It was also a career-worst season on the stat sheet.

Once the No.3 pick in the 2004 NFL Draft, Fitzgerald returned with the hope of finally hoisting a Lombardi Trophy. But after failing to reach the NFL Playoffs for the fifth consecutive year, the legendary offensive weapon entered the offseason unsure if he would return. 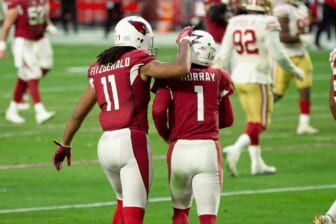 Also Read:
Former teammate hints at whether Larry Fitzgerald will play or retire in 2021

Arizona’s training camp kicks off on July 27 and Fitzgerald’s plans remain unknown. While current and former teammates have weighed in, we haven’t heard from the Cardinals’ icon until now he spoke to ESPN’s Rachel Nichols on Friday,

“I haven’t decided anything. Training camp starts in a few weeks. I’m excited, it’s going to be another great year for the NFL.”

While it might seem like the Cardinals would want an answer soon, it’s possible they are perfectly fine if he doesn’t return to the NFL. Arizona signed A.J. Green this spring and with plenty of depth at wide receiver, there isn’t a real need for Fitzgerald to re-sign with the Cardinals. 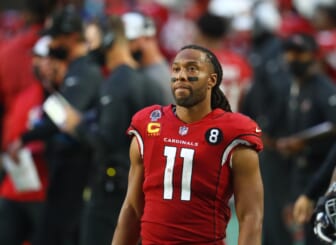 Also Read:
Signing Larry Fitzgerald would be a great move for the Minnesota Vikings

If Fitzgerald doesn’t return to Arizona, there’s always a chance another team scoops him up. The Minnesota Vikings could benefit from adding a No. 3 receiver and it’s an organization Fitzgerald is very familiar with. If he wants to compete for a Super Bowl, there might be a place for him on the Tampa Bay Buccaneers roster.

One thing is evident, Larry Fitzgerald won’t make a decision in the near future. Instead, the 37-year-old might just wait until training camp finishes before announcing a return or retirement.