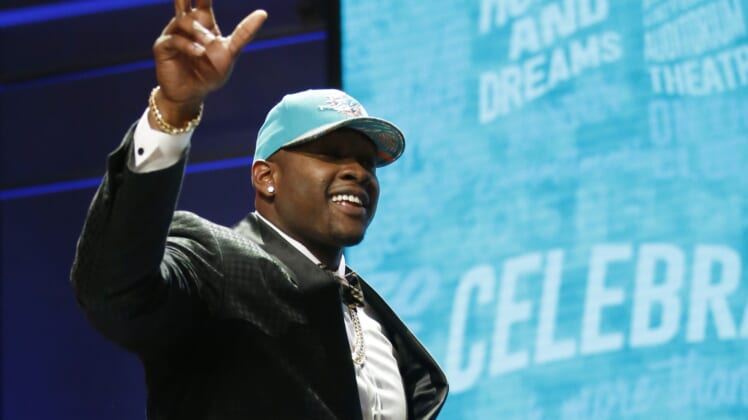 Miami Dolphins rookie offensive lineman Laremy Tunsil didn’t exactly have the draft night he dreamed of after a couple major pieces of news broke shortly before the evening kicked off.

First, a video was leaked on Twitter of Tunsil wearing a gas mask while smoking marijuana out of a bong.

Then, reports of Tunsil accepting money from his Ole Miss college coaches broke. Tunsil fessed up to the latter following the draft, presumably to get on with his life as an NFL player and clear the slate.

Now, it is being reported by Adam H. Beasley of the Miami Herald that Tunsil will practice at the University of Mississippi this summer in the weeks heading up to the Dolphins’ training camp.

Apparently, any awkwardness that may have existed isn’t impacting Tunsil, who will work with strength coordinator Paul Jackson. It is common practice for some rookies to return to their former universities for conditioning prior to training camp.

Per the report, the NCAA is investigating Ole Miss after Tunsil’s admittance of the exchange of funds between he and the college coaches.

Tunsil was originally expected to fall off the draft boards earlier than the 13th pick when the Dolphins selected him. After the gas mask video was posted, the Baltimore Ravens who had the sixth pick, removed him from their radar.

In even more interesting news on the Tunsil front, it was reported by Barry Jackson of the Miami Herald that Tunsil was taking second-team reps at guard during this week’s camp.