With the Winter Meetings under way, it’s fair to say we’ll see and hear plenty of rumors about the top remaining MLB free agents over the next few days.

Where should they go? Where will they go? Given what we already know, these destinations make the most sense for the top 10 remaining MLB free agents.

This guy will not be cheap. Jason Heyward is only 26, but has won a Gold Glove in three of the last four seasons, and while he isn’t dominant in any one offensive category, Heyward is more than competent in all areas.

Given his overall acumen and age, Heyward is a fit for most teams in the league. Still, this really comes down to the Cardinals and Mets. In the end, it’s just hard to see New York spending the kind of money that would be needed to lure Heyward away from the Cards. 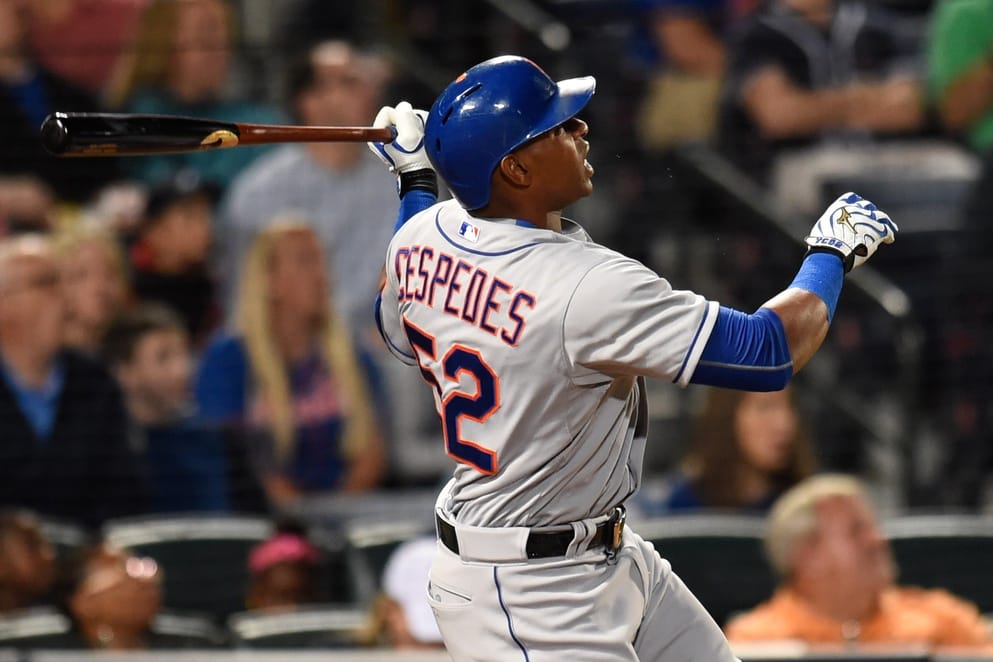 With the Mets likely out of the mix, Chances are that Cespedes will begin his fifth MLB season with his fifth different team, although the Tigers remain a possibility.

The American League makes some sense for a guy with an injury history like Cespedes, especially if he signs a long-term deal that will expire when Cespedes is in his late-30’s. But there is another big market team that needs another power bat in their lineup. Cespedes is familiar with the Bay Area and while he can’t DH in San Francisco, everything else fits.

The Mets make sense here but if they’re not bringing Cespedes back, why would Upton be likely? Upton is a younger player. He certainly wouldn’t be cheap, and unlike Cespedes, there’s no hometown discount even possible, as Upton’s never been a Met.

Logically speaking, Upton and Cespedes should come down to the Giants and Tigers. If Cespedes ends up in the Bay Area, look for Upton to go to Motown.

Davis’s power will justifiably get the bulk of the attention, but his versatility makes him a fit to plenty of teams. “Crush” is primarily a first baseman but played 30 games in right field in 2015 and 21 at third base in 2014. That kind of diversity opens the door for more teams than just the ones looking for a first baseman.

With that said, a Baltimore reunion makes sense. None of the other big market teams really seem to line up that well here. Much like Heyward, the best fit is the current one.

This was the easiest prediction on this list. If Cueto is rejecting a 6 year, $120 millon offer then he’s going to be expensive. There is one big-market team that needs another starting pitcher.

With the acquisition of Aroldis Chapman (assuming it actually happens), the Dodgers have a phenomenal 1-2 bullpen punch, but their starting rotation still needs some help. Other than Clayton Kershaw, the only pitcher on the Los Angeles staff that topped 180 innings in 2015 was Brett Anderson, who had thrown 123 innings over the previous three seasons combined. 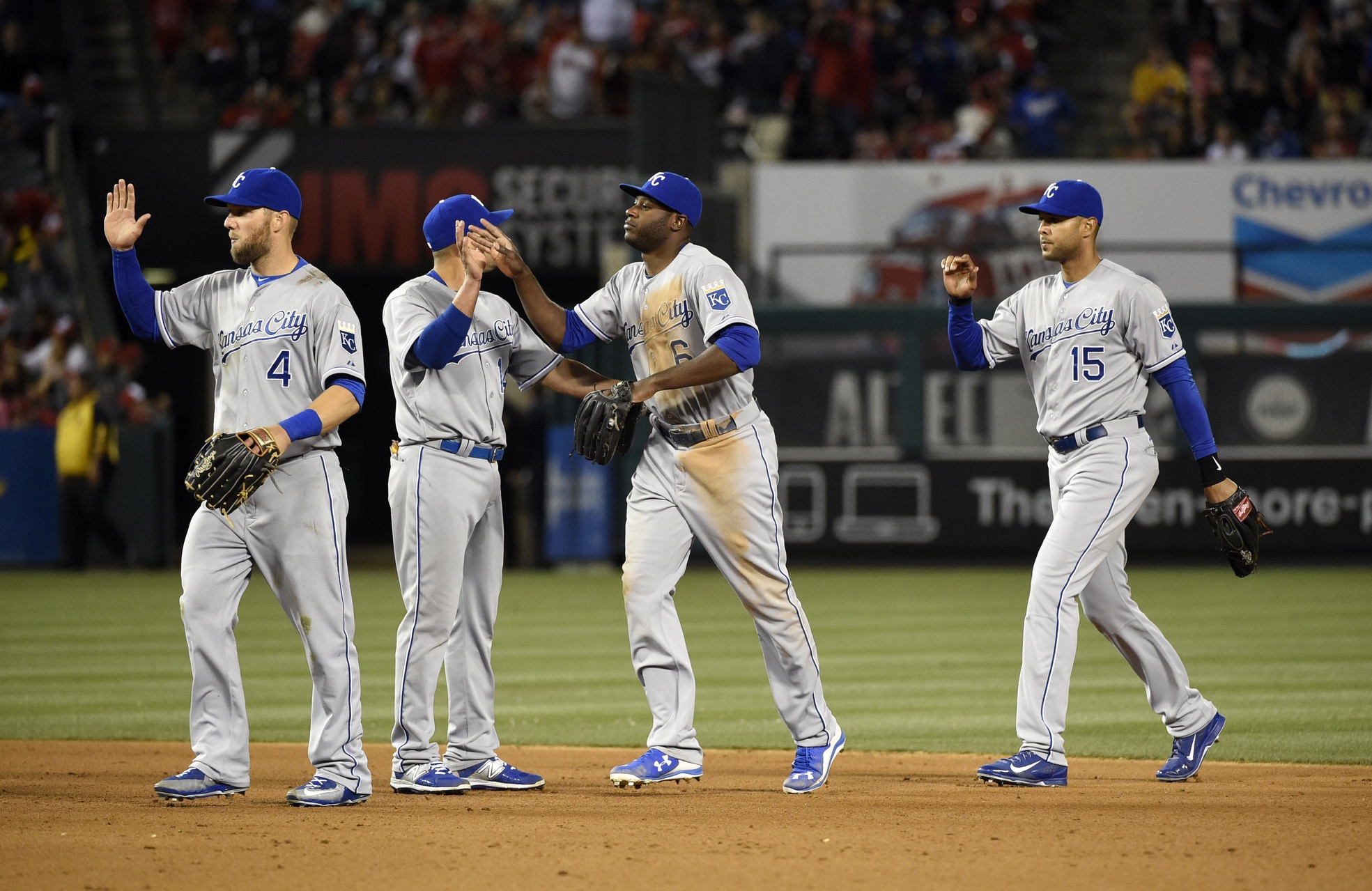 The list of teams that could use a player like Gordon is not small, but only one really makes sense.

While calling them a dynasty in the making might be presumptuous, the Royals have the pieces in place to contend for another several years. There’s no reason that Gordon and the Royals should go their separate ways.

Desmond is coming off of a bad year. Logically speaking, Desmond should be signing a short-term deal to bolster his value. But after the contract Jeff Samardzija signed, I’m not sure that’s the case.

A reunion with the Nationals makes sense. But unless something has dramatically changed from the end of the season, it doesn’t seem likely. The Mets also make sense, but Wilmer Flores and Ruben Tejada are more than competent.

The San Diego Padres are difficult to predict this offseason, but three of their four division rivals are making big moves. The Padres need an upgrade at shortstop if they have any hopes of contending, and even coming off of a bad year Desmond is a massive upgrade.

Plenty of teams will have interest in an innings-eater like Leake. While his fielding independent pitching stats have been mediocre, Leake has been well above average at run prevention throughout his career, despite spending much of his time in a live hitter’s yard in Cincinnati.

According to Ken Rosenthal of Fox Sports, the Diamondbacks, Cardinals, and Giants seem to be the big players in this, with Leake preferring to stay in the West. If Arizona is really looking elsewhere for pitching help, then expect Leake to return to San Francisco.

Kazmir has been a steady pitcher over the last two seasons, posting a combined ERA of 3.33 and WHIP of 1.184. With that said, Kazmir’s production took a pretty sharp downturn in 2015 when he was traded from Oakland, who plays in a spacious stadium, to Houston, who does not.

There’s another team out there that plays in a spacious stadium that should be looking for an upgrade at the front of their rotation. Johnny Cueto helped Kansas City win a World Series last year, but it’s doubtful that he’ll return at more than six years, $120 million. Kazmir isn’t quite Cueto, but he’d be a pretty good replacement.

Baseball’s ultimate Swiss Army Knife, Zobrist can play just about anywhere on the field, including both corner outfield spots and both middle infield spots.

With Yoenis Cespedes likely gone and Daniel Murphy a free agent, the Mets need help on the corner in the outfield and up the middle in the infield. This really is a perfect fit.