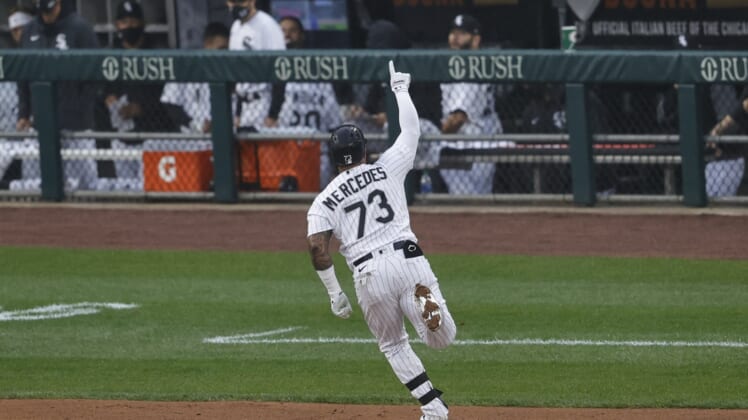 It was the first complete game in the majors this season.

Lynn (1-0) has yet to allow an earned run in two starts, covering 13 2/3 innings. He allowed five singles with 11 strikeouts and no walks vs. the Royals. He allowed just two runners to reach second base.

Lynn also got 11 flyball outs. He didn’t get his first groundout until the first out of the sixth inning.

Lynn cruised from the start, retiring the first 12 batters he faced. When Salvador Perez got an infield single to start the fifth, followed by another single by Jorge Soler, Lynn got the next two batters to fly out. He then struck out Michael A. Taylor.

Brad Keller (0-1) took the loss for Kansas City. After lasting just 1 1/3 innings on opening day, he only went 3 1/3 innings against the White Sox. He struggled to get ground balls, something he has excelled at throughout his career.

The White Sox got to Keller in the first. After he retired the first two batters, Keller allowed a double to the wall by Jose Abreu. Yoan Moncada hit an opposite-field two-run home run. Yermin Mercedes then hit a homer deep into the left-field bleachers.

After Lynn retired the Royals in order in the second, the White Sox got right back at it. A one-out walk followed by a pair of singles loaded the bases. Luis Robert hit a flyball to left field, driving in Nick Madrigal. In the third, the White Sox again had two runners on with one out, but Keller got Nick Williams to ground into a double play.

Keller walked Danny Mendick with one out in the fourth and his night was done. Ten of the 18 batters he faced reached base. He allowed four runs, walked three and struck out three.

The White Sox got two more runs in the sixth on a two-run single by Adam Eaton.